An obvious choice for one of my favourite moment of our Asian adventure. Our two day, one night stay at the Elephant Nature Park in Chiang Mai was truly outstanding. 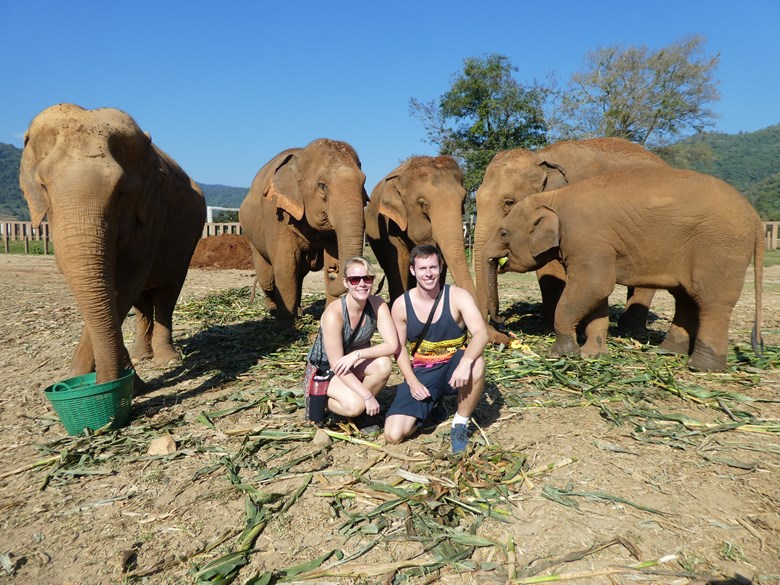 From our arrival there til the minute we left, I felt peaceful and calm. Looking out across the vast planes as the beaming sun dipped below the horizion after a day full of learning about the elephants, washing them and caring for them, I didn't think I could feel happier. 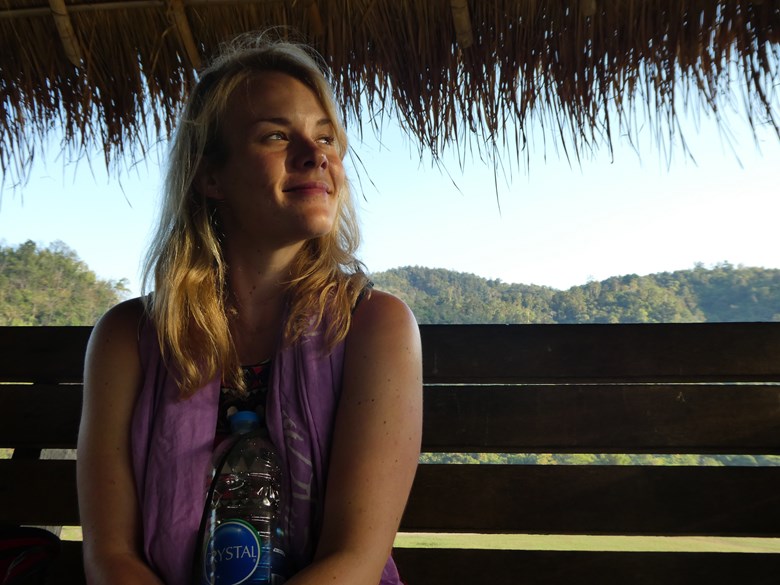 The trip was heightened by meeting our two friends, Andrea and Heather, who we are still in touch with now. An absolutely amazing experience and worth every penny that we spent on it - it was enriching, emotional and not forgetting, great fun. 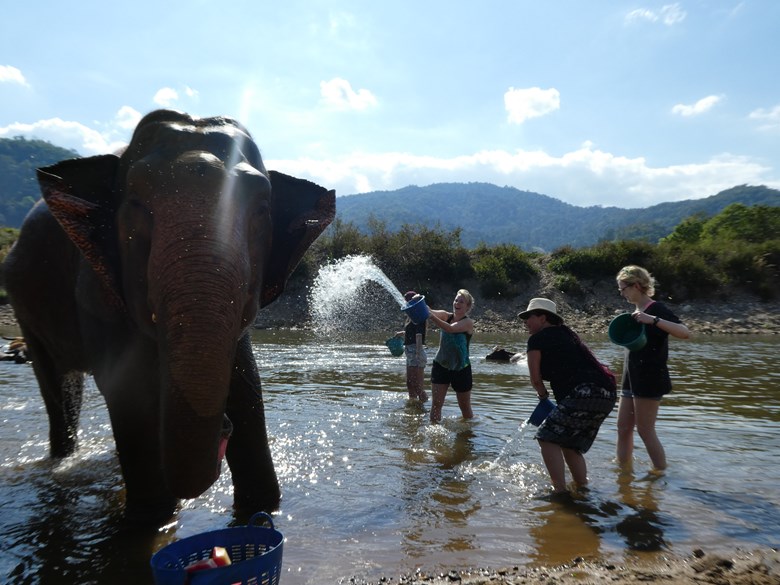 Sometimes it's the simple things in life. Alex and Charlie, friends from home, came on holiday to Bali and we travelled to the Gili Islands together. 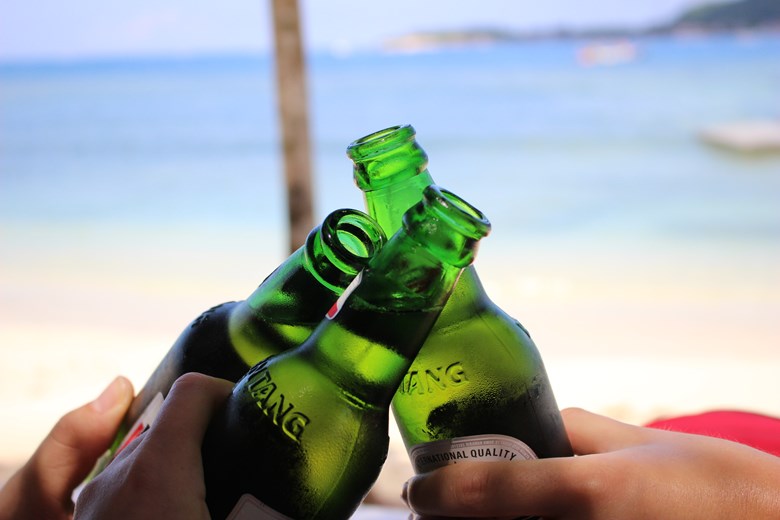 Seeing such great friends of ours was always going to be brilliant, but in particular the moment that stands out to me is when we all dipped into the sparkling sapphire sea off of Gili T and played like children.

Children drinking beers, that is. In that moment, we were entirely care free which is a tough feeling to replicate at home. The only thing we had to worry about was whose turn it was to drag themselves out of the sea and get more beers. Bronzed from the sun, we laughed our heads off and were truly living in the moment. 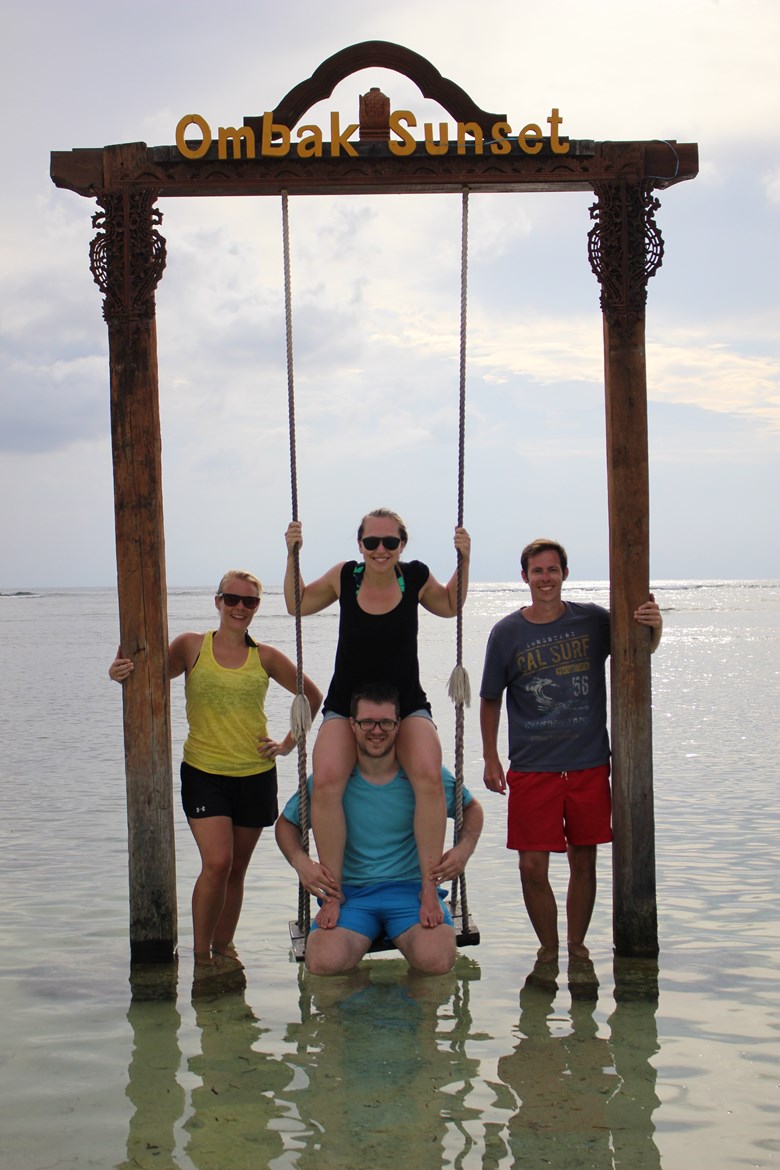 Daniel, another friend from home, also came to visit whilst we were in Indonesia!

We spent a lot of time in Bali but we also ventured to Flores, to go and see the Komodo dragons. It was an awesome little boat trip with some fantastic scenery along the way. Upon leaving the dock, our boat stopped within about 5 seconds and there was much fluster from the crew. Someone jumped in to the water and started diving underneath the boat... Luckily someone on the trip spoke Indonesian and could translate for us: "Apparently the propellor has fallen off!" 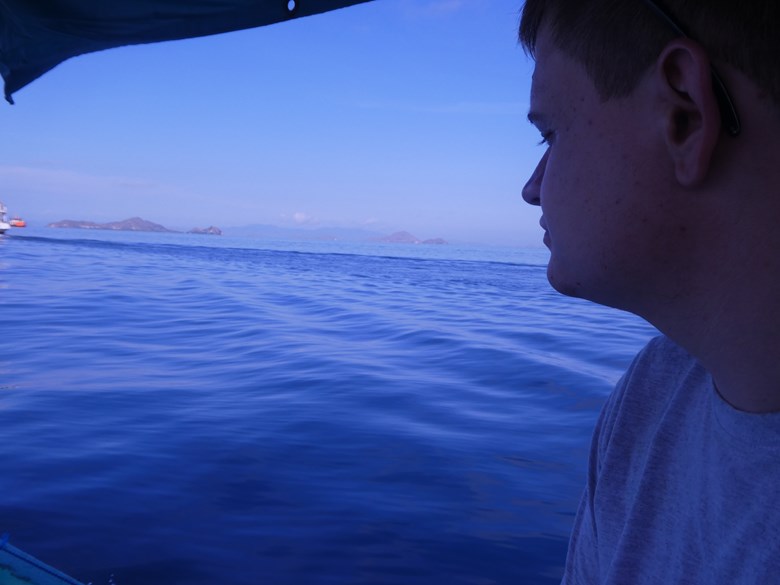 This was hilarious, and we watched with disbelief at the man using a snorkel mask to dive under to retrieve the missing propellor and be handed various tools from the shore the try and fix it back on. A very specific "12 minutes more" and we were on our way again - hoping that the propellor didn't fancy a little voyage in the deep sea! 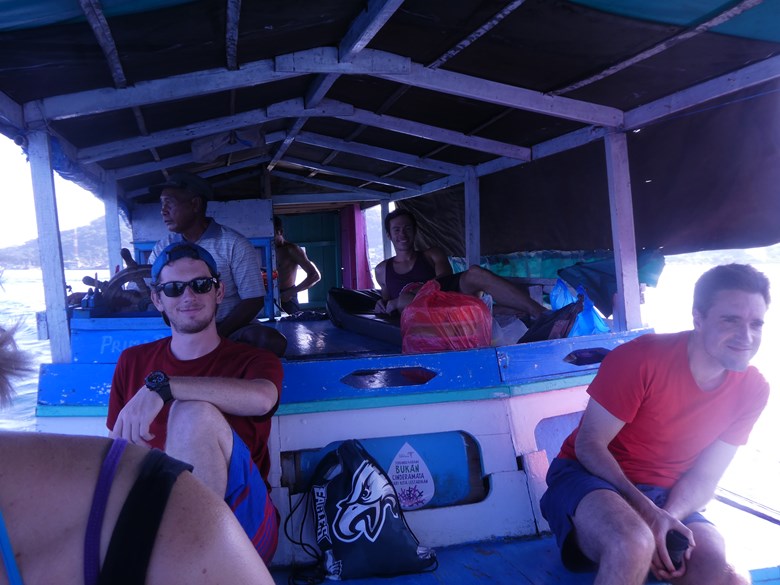 The komodo dragons were awesome, and on the way back we stopped at private islands and lapped up the sun. 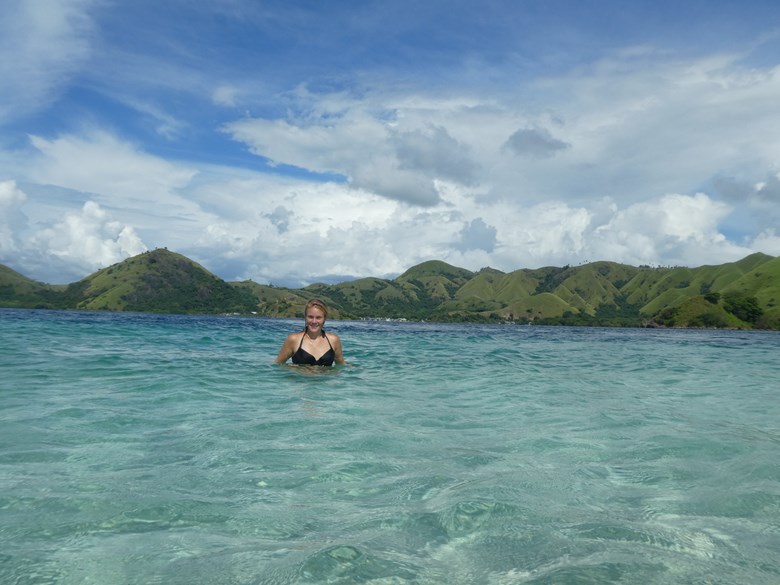 Having Daniel there was really special, and some of these photos are favourites of mine from our entire trip. 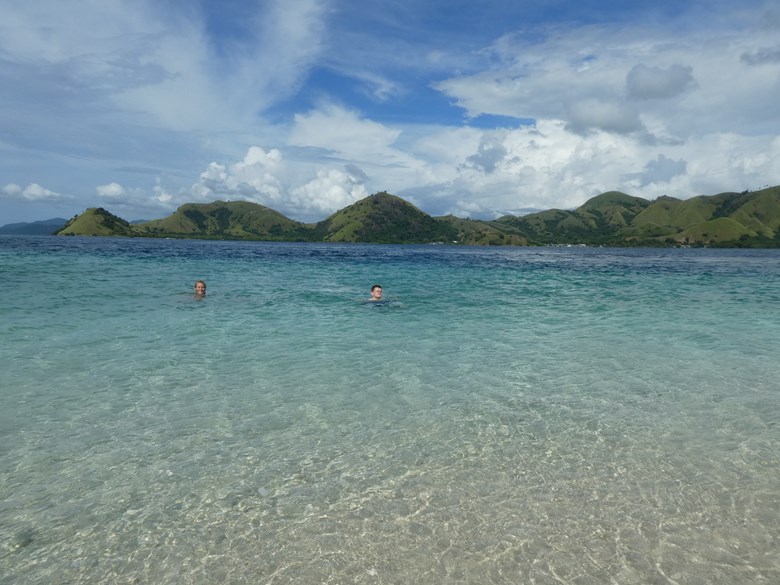 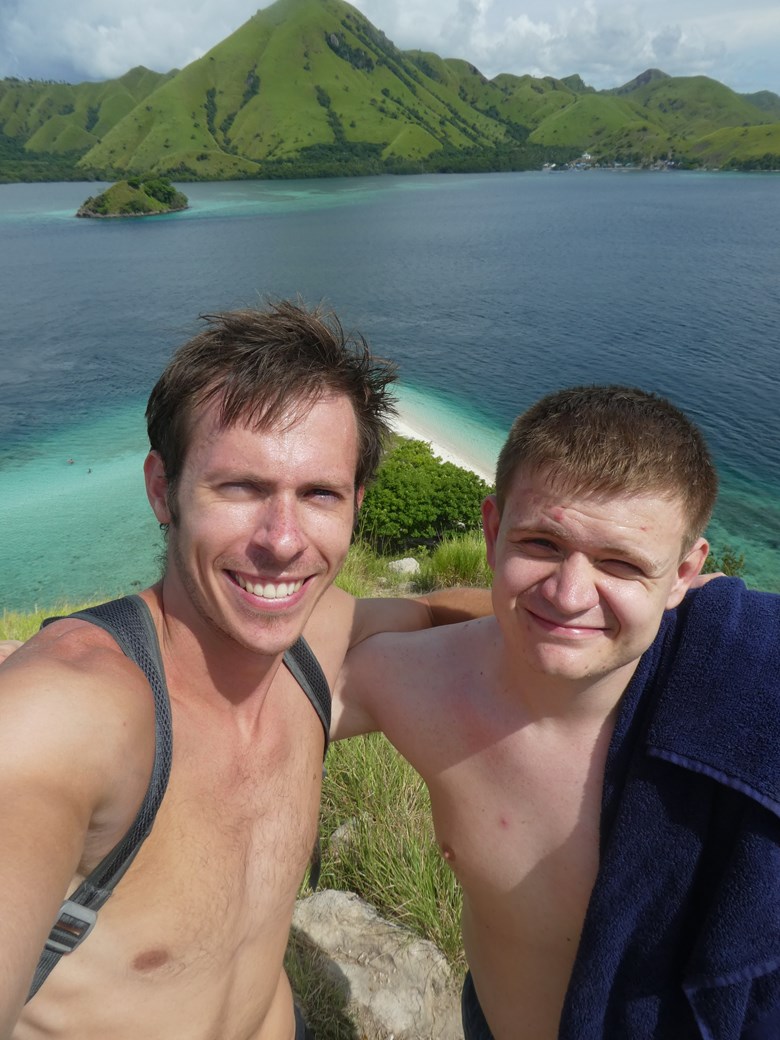 We've seen a lot of nature on our trip so far. SE Asia throws up all sorts of crazy amazing things that you can explore: waterfalls, rainforest, volcanoes, deserted beaches and caves.. Mt Fuji was (literally) a breath of fresh air. It was like we had been teleported to a different part of time and space. We cycled around Lake Kawaguchiko, and whilst it was absolutely freezing, our numb bums and frozen fingers didn't stop us. 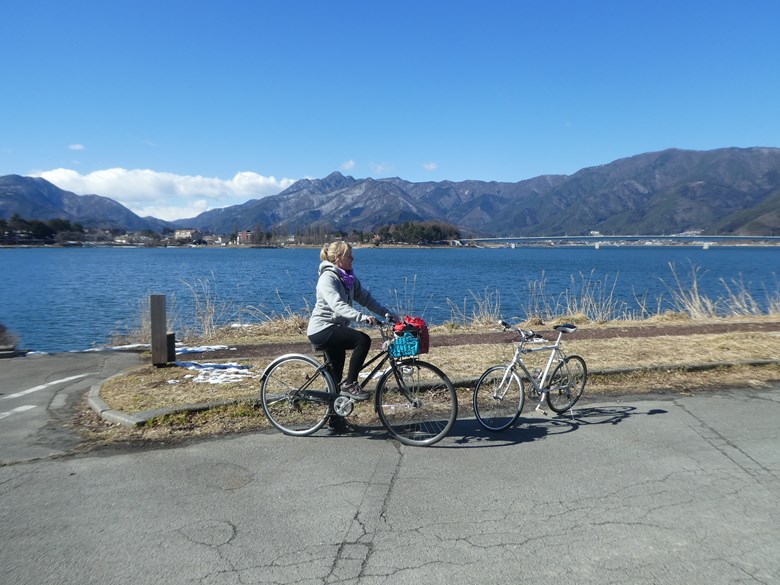 The view was in the literal sense, awesome. There was an amazing feeling of serenity and.. I want to say, wholesomeness? Everything felt complete as we sucked in the icy, clean air and looked up at the clear blue skies. The lake glistened under the sun and Mt Fuji stood, grandiose in the background. It was nature at its' finest. 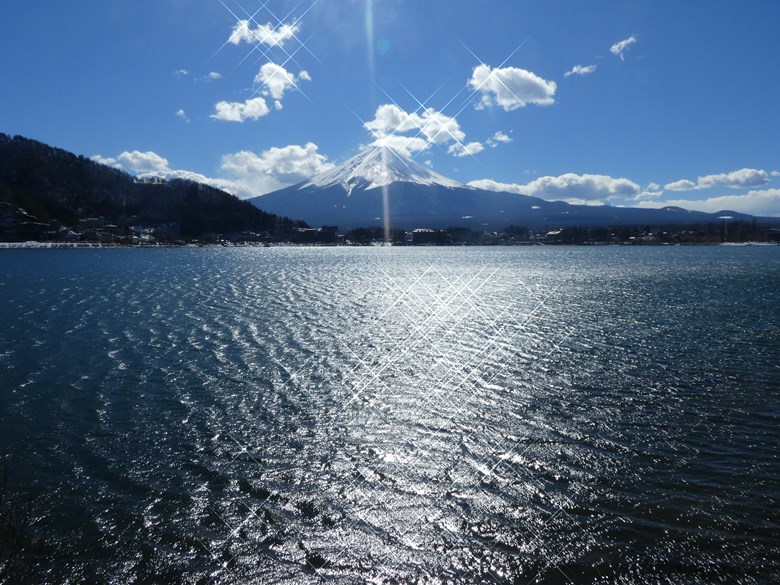 Finding food in the middle of nowhere

Burma was a mixed bag for me. It was uncomfortable walking the streets and having every single person stop and stare brazenly at you - men, women and children alike. Whilst I wasn't necessarily scared, I was definitely uneasy. However one of my real high points was also in Burma. We had been riding the local circular train, a service that takes 3 hours to go the whole way round, and decided to hop off at a totally random station and see what we could find. 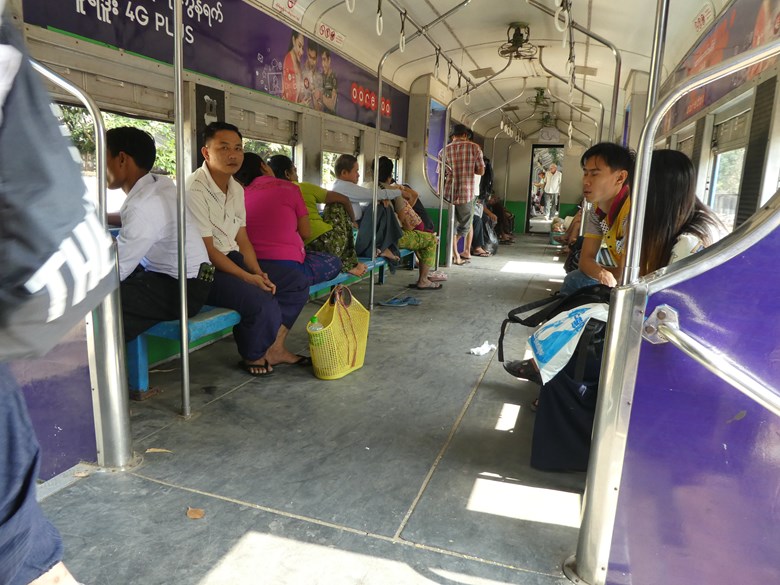 Of course, we managed to choose a station that had pretty much nothing there! We were suddenly in a very small village that boasted an open sewer and a few little stalls. We walked down the crop-lined dirt tracks feeling totally in the middle of nowhere, like nothing we had before! Our stomachs were rumbling and we decided to try and find some food. We passed a few stands that had groups of men outside them drinking beers and of course, staring at me. We eventually got to an empty little shack that had a couple of pictures of dishes on the drapes that were providing shade, and a matriarchal figure looming inside. 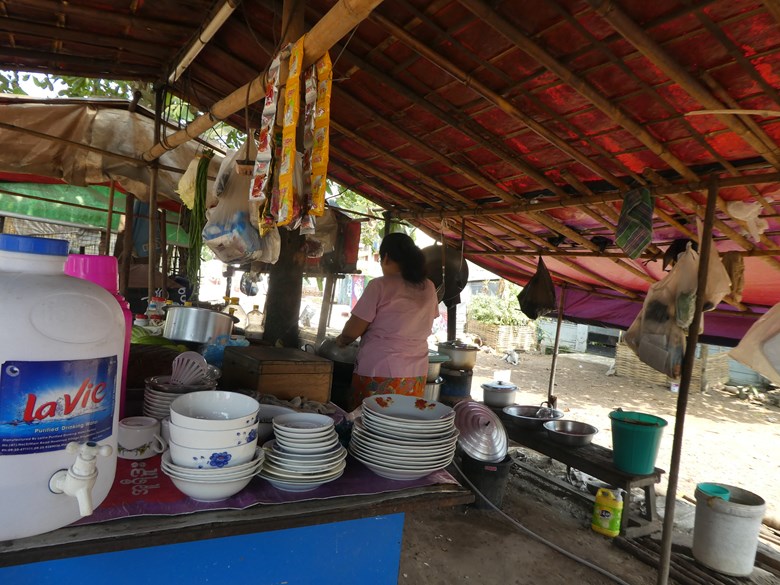 We bit the bullet and approached. Considering we don't speak a word of Burmese we gestured at one of the pictures hopefully, and the lady was utterly confused by us. Eventually she just muttered something under her breath and gestured at us to sit down on her teeny tiny plastic chairs. She started banging around, chopping ingredients and we hoped that they were for us. 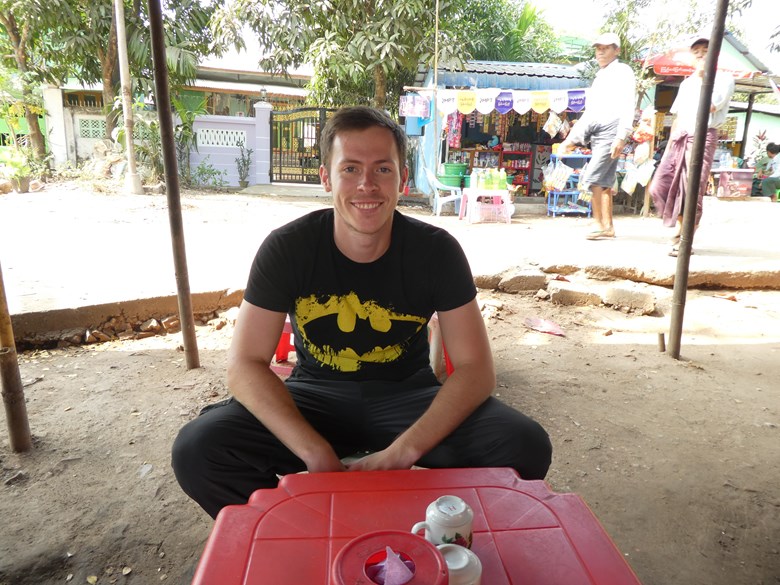 She soon presented us with a steaming plate of delicious meat and vegetables, with a tin kettle for tea on the side. We thanked her as best we could and tucked in - managing to get food felt like a huge victory. She cleared away our plate and gave us a beaming smile - we had won over the locals! 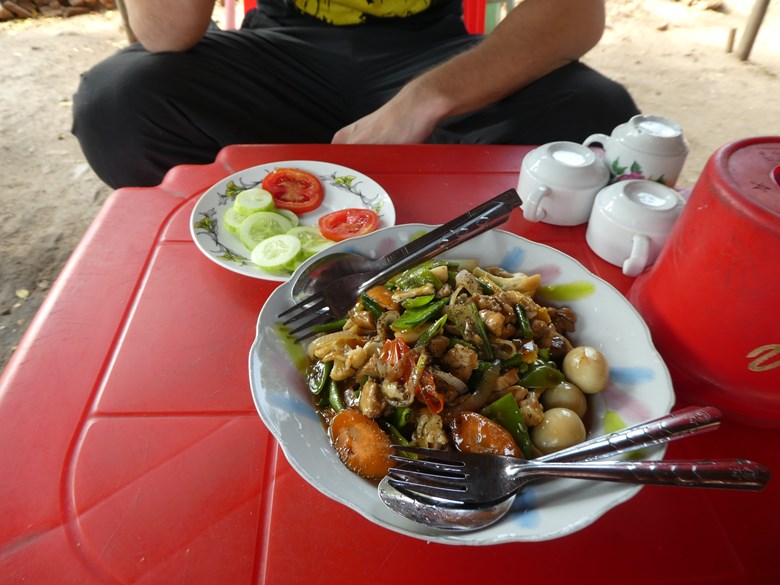 When you travel as a couple, of course you have a lot of special moments. Because you're spending almost every living moment together though, they tend to blend into each other along with your other memories. But Langkawi beach gave me a few memories to really treasure separately from the others. It became our tradition for our 4 nights there to buy a couple of beers and sit on the beach watching the sun set. Cliche, yes - but the sun sets were out of this world. 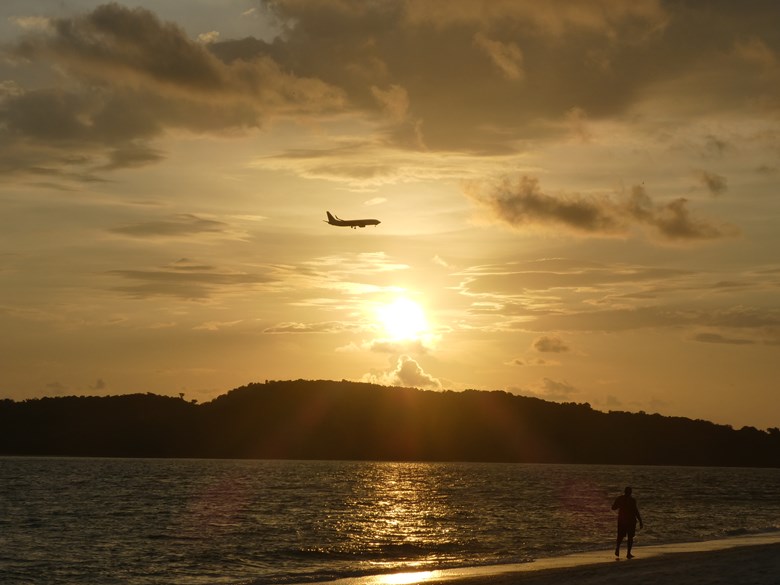 The beach was so peaceful even though there were plenty of people there. It was such a relaxed vibe compared to the other beaches we've been to in Asia; everyone just seemed to be happy to chill out and soak up the atmosphere. As the sun dipped, the sky changed from light blue to dark blue, swirls of pink and orange dappled the clouds and were soon painted with fierce strokes of deep, glowing red. 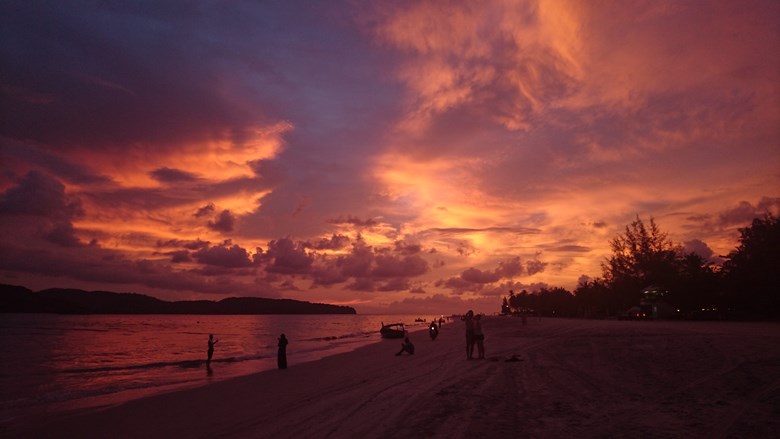 The sky changed what felt like every second, and sitting there with Harry watching nature's beautiful show above us, I couldn't be happier being on this adventure with him. 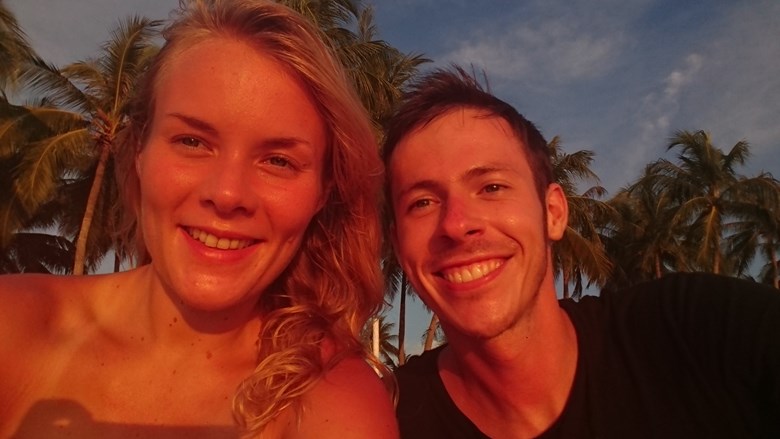