Once again on this trip, we were somewhat clueless about what to expect from our grandiose plan that we had done minimal research for: hiring a camper van and travelling down the east coast of Australia. And once again, Google offered up barely any useful advice for people who had never done this before. Cue Sinead's dummy guides, part 2! (See Part 1 - Scooter Survival Guide - here!)

Where are you going?

This was about the only thing we knew when we were starting off. We wanted to get from Cairns in the north, down to Sydney. 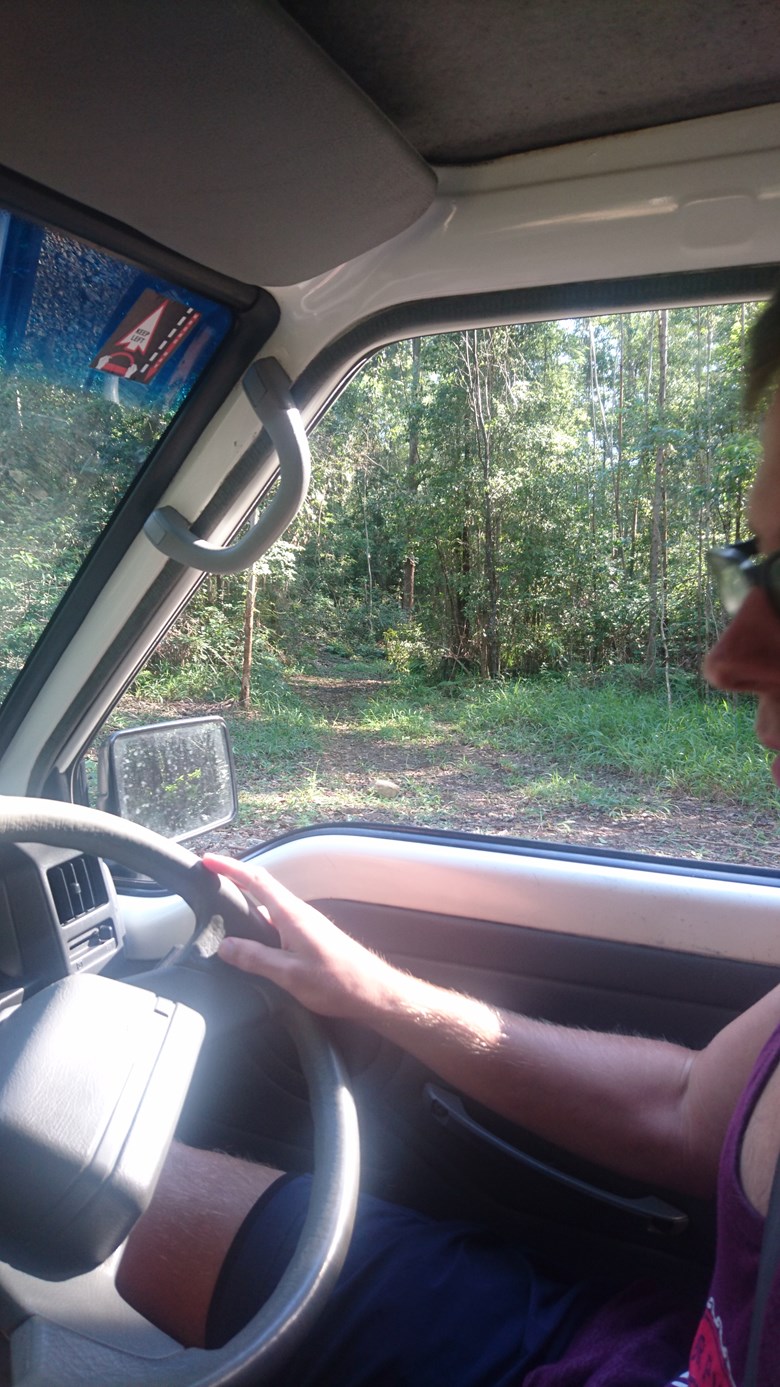 You need to know where you're starting off (obviously) but finishing up can be slightly more flexible if you aren't entirely sure what your trip will entail, which leads me on to point number 2...

We had 2 weeks to make this journey. It was tight, but doable. There was a LOT of driving, but I didn't feel it was overly ambitious. Numerous people we met on the road told us we were crazy and would never manage it, and as a result we actually extended our rental a further 3 days which was really nice to be able to take a little longer in places, but if we had to do it in 2 weeks we could have done. 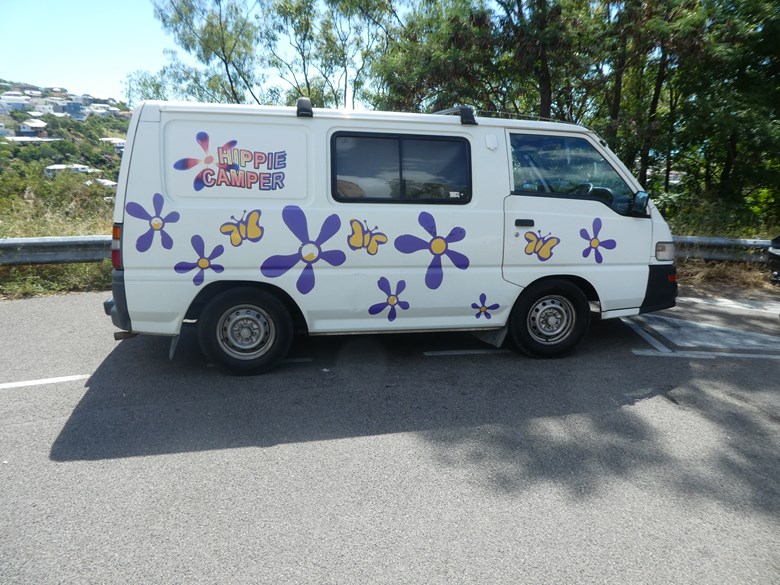 Ask your rental company what their policy is on extensions - this'll give you peace of mind if you want to take some more time on the road. Sometimes they'll let you change where you drop it off if you want to go further, or aren't getting on with it as well as you'd hoped. Just make sure you are clear about the fees before you hit the road!

You get what you pay for

We scoured comparison sites for the cheapest price. And as a result we were well and truly ripped off. We turned up to collect the van and we were landed almost instantly with about 3 further costs to pay to 'cover' us for damage on the road. Here we also learned that they wanted to charge us $75 to rent the linen for the bed, which we would then have to have cleaned at the end or pay a cleaning charge of $50 for them. And if the van wasn't deemed clean enough, we'd have to pay a further $200 cleaning charge. Ouch. We sat there, our doe-eyed excitement being quashed by 'the man' more and more with every sentence. If we had paid a little extra to begin with, we'd probably have gone with a much nicer company who included everything in the price shown on the website and we'd have had a much nicer vehicle. 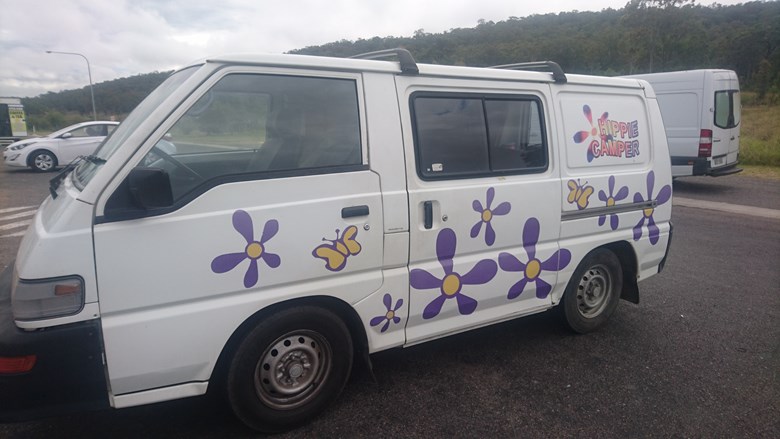 Oh God, the vehicle. 'Tin can' is more appropriate - the van had more than 5 million miles on the clock and was almost definitely not road worthy. There were cracks in the windscreen already (cheap glass) and the nights were cold, due to gaps in creaky, bent out of shape doors. The engine sounded like it was about to explode at any second, and it guzzled gas like you wouldn't believe. 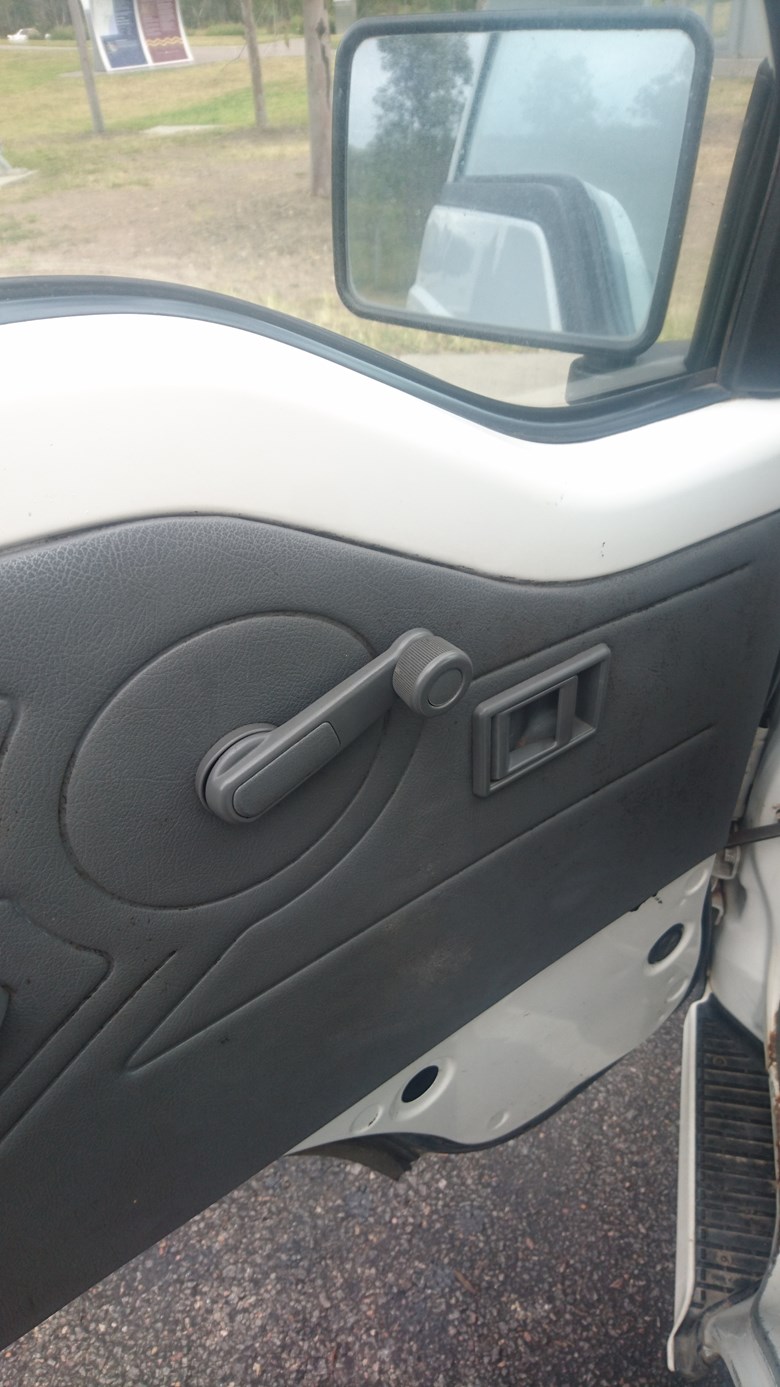 The van hadn't been charged up which we didn't learn til after we'd done our food shopping, so our fridge wasn't powered. We spent a tonne of money because we tried to cut corners. If you're gonna do this - pay a bit extra to a company that seems friendly and up front about all costs. You'll likely get a whizzier, newer van that you don't want to throttle. 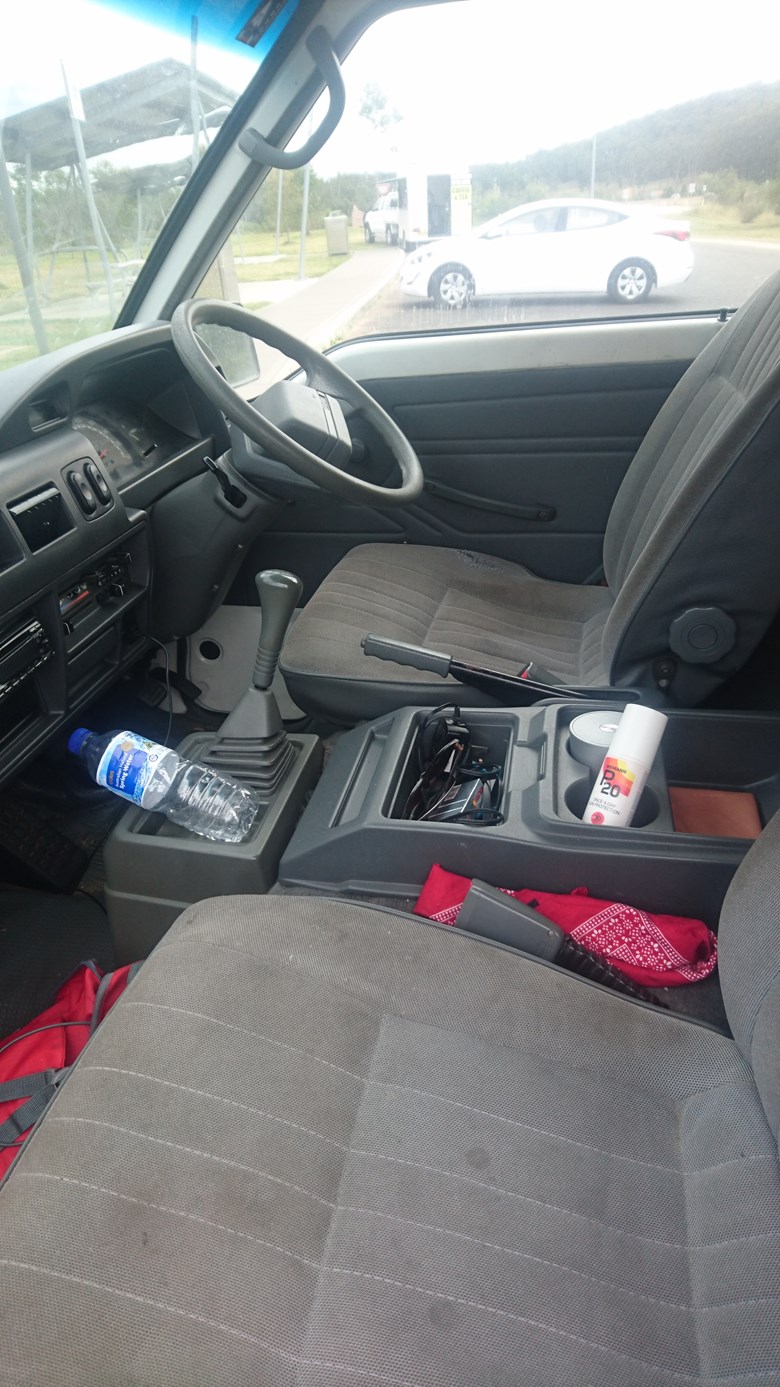 ⦁ If you need to charge the van (some vans don't require electrical hook up) make sure they give you a power cable. Our company of course 'forgot' this so we had to keep borrowing one from campsites.

⦁ Ask how the fridge works, and ensure it's powered up before you buy any groceries! Ours was supposedly on a trickle charge from the engine but it was just so old that it was a total piece of crap.

⦁ If your rental company has that godawful linen charge, you can say no! We turned it down and bought our own blankets and pillows from the Target down the road for $15.

⦁ Ask if they can throw anything in for free - we got some camp chairs and a table thrown in because we were so outwardly disgusted by all these extra hidden costs. 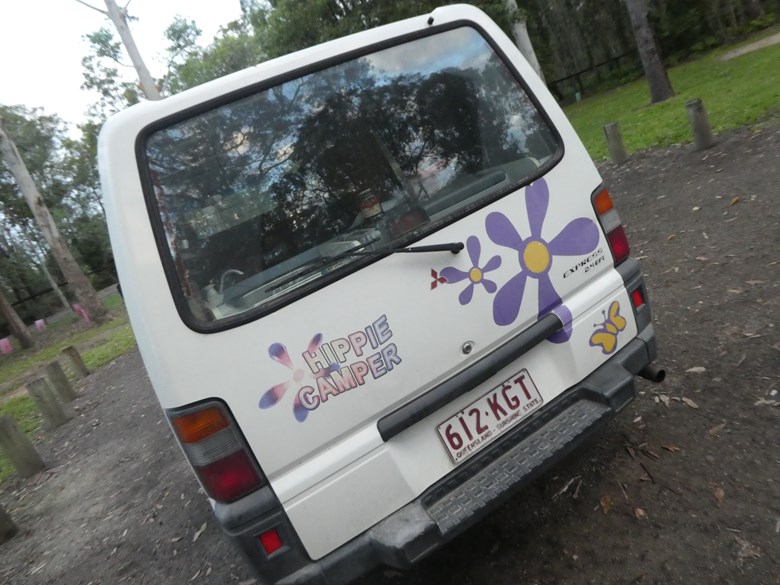 I mentioned in another post that it's really hard to choose where to go in Australia because it's so darn huge. I recommend picking out a few places along the way that you'd definitely like to visit but apart from that - leave it to chance! I know it's really tempting to plan out the whole trip, but you'll meet people who will give you recommendations that you'd never have come up with yourself. You might drive past something that you want to go and check out for the day. Be flexible - it's so much more fun that way. We skipped Noosa Beach on our way down and at a campsite, a new friend called us 'blockheads' for missing it and insisted we turn around and go there the following day. We obliged, and we're so happy we did - it was stunning and a great day out. We wouldn't have been able to retrace our steps if everything was booked and set in stone. 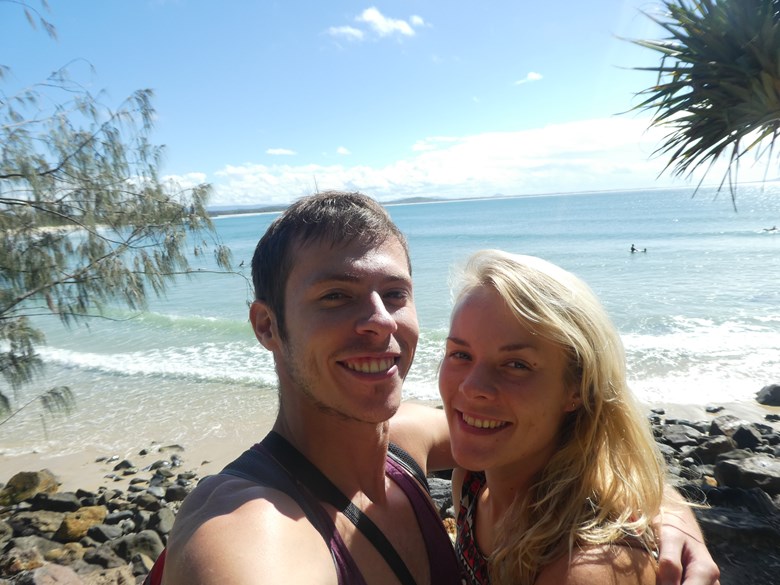 Where do you stay?

This is probably the most interesting part of this whole post. There are campsites and parks etc where people with tents, trailers and campervans go. You can choose a powered or unpowered plot and there is generally a kitchen, laundry facilities and sometimes a pool to play in on site. These places are nice, but they come at a price. We felt it was a bit of a waste of money to spend $40-$60 a night for a place that we only slept at - we didn't use the facilities all that much as we had a camp stove (that came with the van) and we liked to go and explore the area. 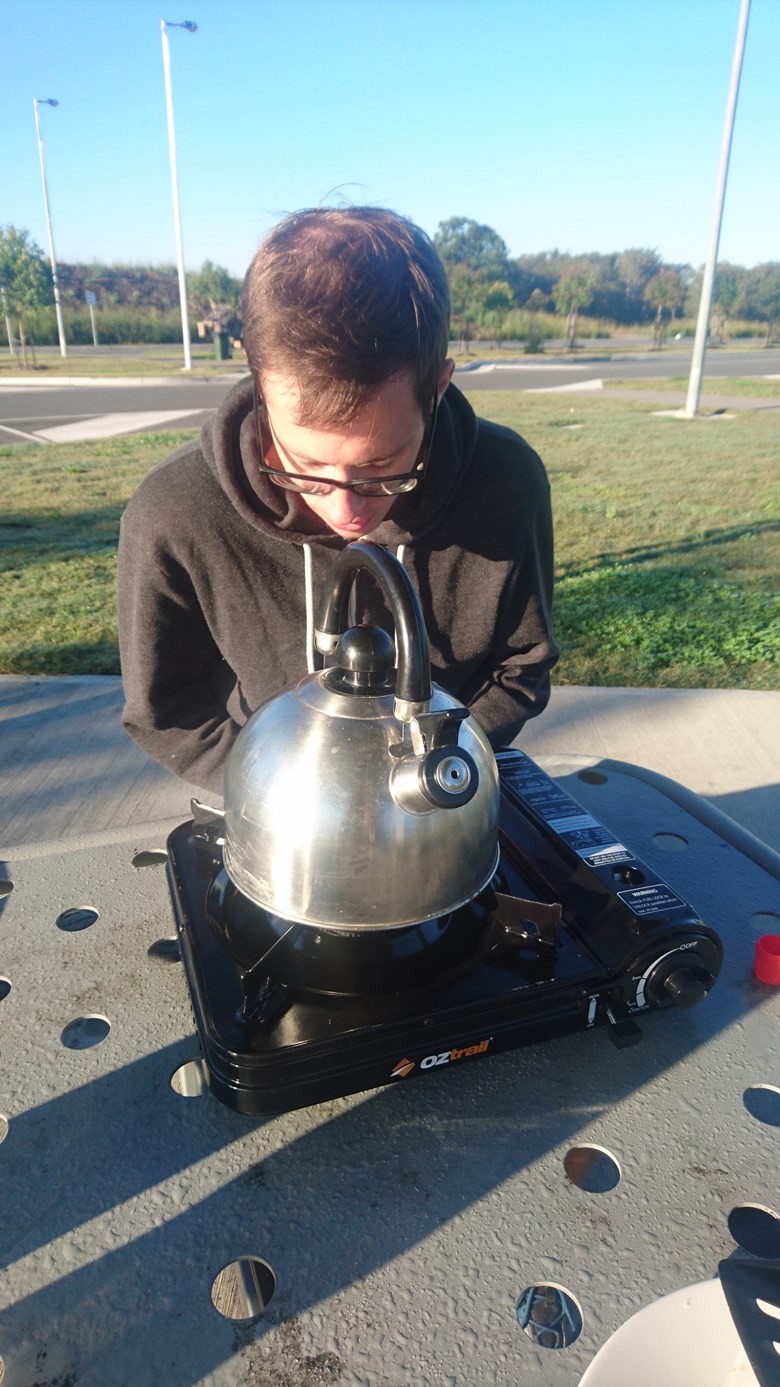 So.. The alternative? Rest stops. There are a few places advertised as 24 hour rest stops where you can park up and sleep for the night for free. The facilities are fairly limited and tend to just have toilets and perhaps a sheltered area with tables if you're lucky. 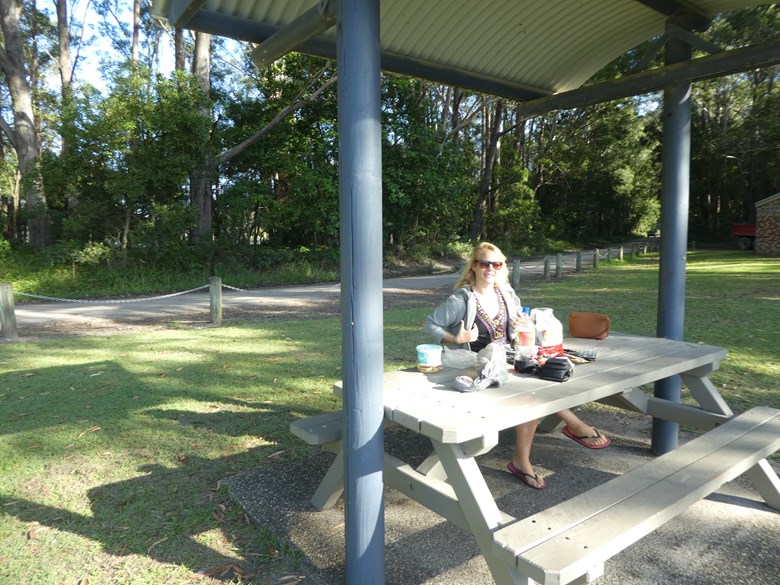 HOWEVER... You don't just need to look for 24 hour ones which is lucky because they are few and far between. You can legally stay at ANY rest stop overnight, which is not advertised! The rules are also really hard to understand and look up but we asked around and want to spread the good news. You are not allowed to 'set up camp' at these places, why you would want to is beyond me, but you are definitely allowed to stay for the night.

As we were on a coastal route, we could shower at almost every beach changing room that we came across, also for free. The rest stops vary in quality and cleanliness, but you're only there for the night and it's free. If you're on a budget, this is totally the best option! 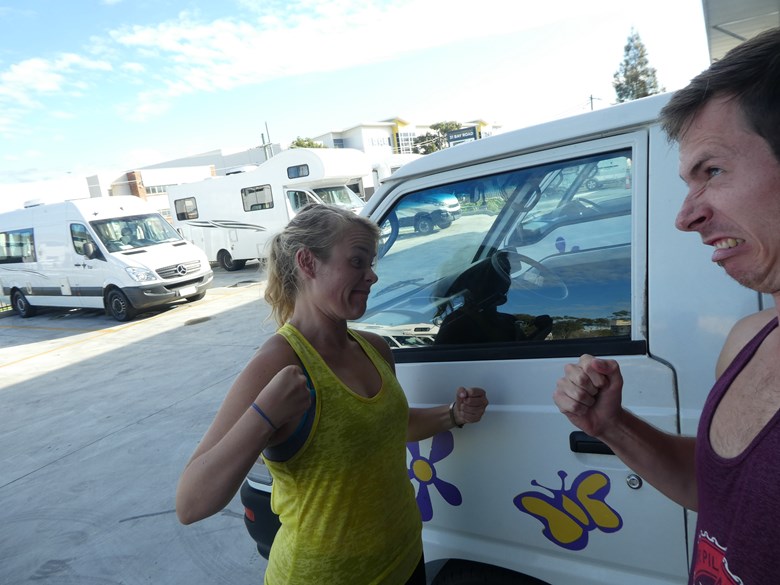 Our time in the van was a real highlight of the trip for me. Dear 'Mildred' was ancient and totally shit, and the company we dealt with were HORRIBLE but we managed to get past all that and really enjoy the open road. I highly recommend it as either part of a trip, or a trip in it's entirety. We met a couple who had renovated an old ambulance and were touring Australia for a whole year in it, which sounds like a plan we may have to think about in the future...! 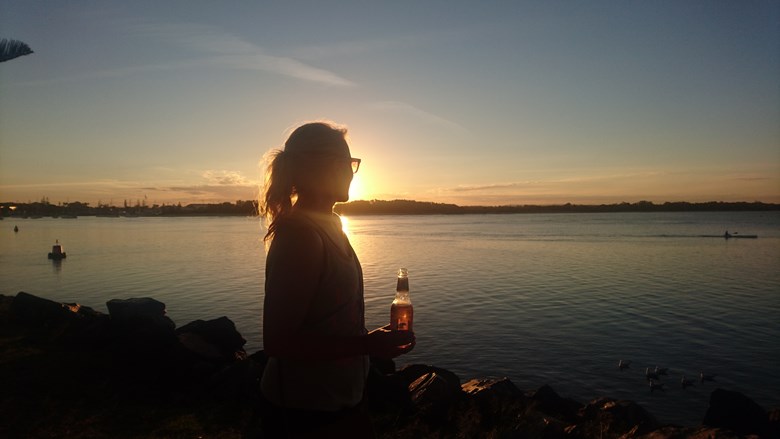 Up next: Taking the train from Halifax to Montreal Previously: Gin Gin Bakery, Queensland