Taking the train from Halifax to Montreal

Posted on September 27, 2017 By sinead No Comments

Taking a long distance train in Canada, whilst neither the fastest nor the cheapest option, is an experience that you should definitely attempt if you get the chance. With stunning views of the country bound to pass you on either side of the carriage, it's a chance to sit back and relax and let the world pass you by. 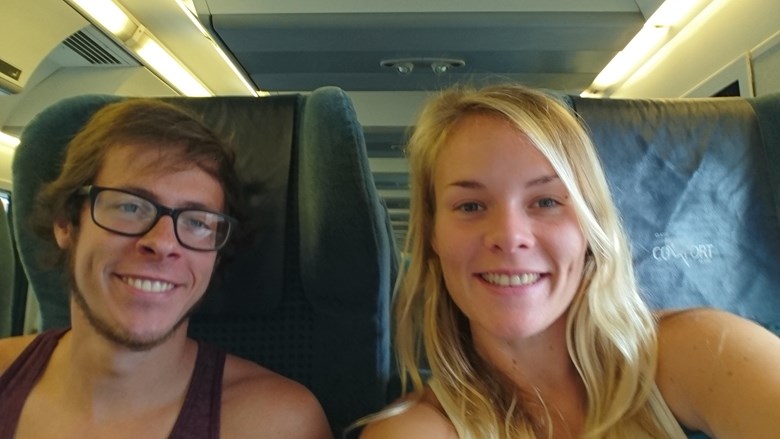 For us, it was a pleasant alternative to the all too familiar stressful hustle and bustle of a crowded airport or a cramped up bus hurling it's way over potholes. We could enjoy the views, stretch out easily and make the most of the chance to catch up on our reading, drawing and other bits and pieces over the 22 hour journey that you never quite get the time to do on other forms of transport where you're constantly thinking about the next step you need to take to get to your destination in the quickest time possible.

We booked our tickets online using 'Via Rail' the Canadian rail provider. The website wasn't the greatest but we got there in the end! There are a range of classes to choose from, including sleeper cabins with meals in the dining cart included for those so inclined. This obviously comes with a fair chunk of a price tag, so we scoured the opposite end of the spectrum: economy - hooray! Travelling in Canada is notoriously expensive; the number of Canadians we met who wanted to know where we'd been so far then promptly admitted they'd never been their was initially quite astounding but it became obvious as our wallets were soundly beaten getting around Canada, it really is expensive. And long! So we believe the train fare was quite competitive compared to flying or bus. And you get to travel in style. 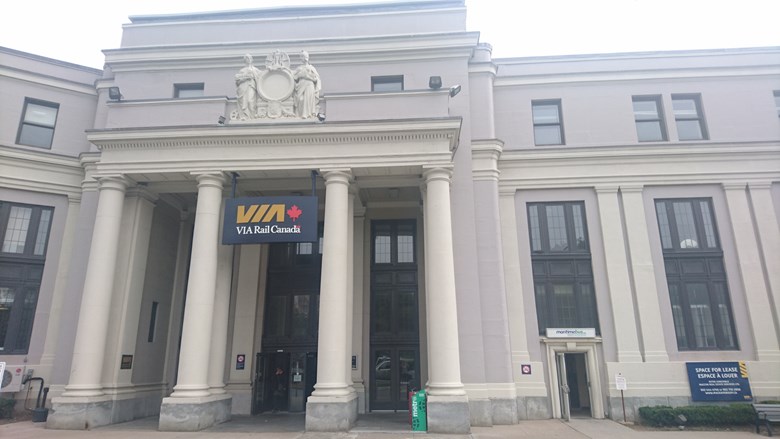 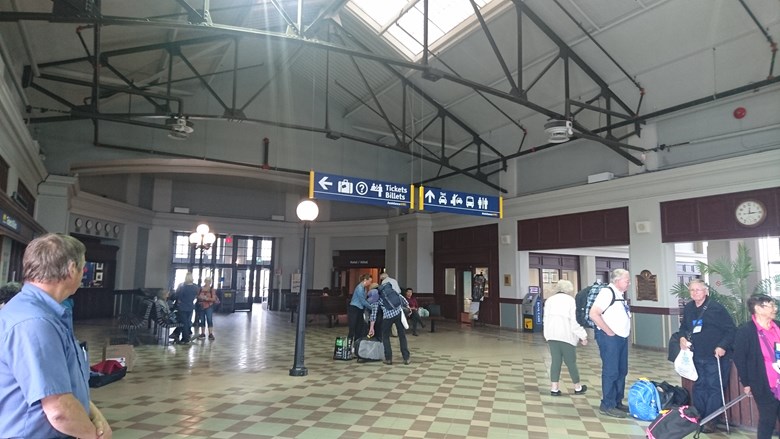 Arriving at Halifax train station, we went to the baggage counter to check in our bags. A very simple process and we were advised to start lining up at gate 1 about half an hour before the train departs to get a good pick of the seats, as you don't get a reserved seat with your ticket. The lucky folk in the sleeping carriages line up at gate 2 and get to board first, and eventually an announcement is made that "Gate 1 is now open for boarding for those in ECONOMY class" and that's your chance to made sheepish eye contact with your fellow frugalists in line.

Those in economy are then sent the entire way down the LONG train track to the first few carriages of the train (our lower ticket price obviously doesn't include the ride for the first 300 meters of the journey!). For those who have difficulty walking, they provide rides on a little golf caddy like car - just ask one of the guys in an orange vest.

You board and are told which way to turn once inside, and you choose whichever seats you please. Apart from the ones in groups of 4, which they try to keep for families or larger groups travelling together. There are sets of two on one side, and single seats down the other. All of them are forward facing (again apart from the ones in groups of 4) apart from a brief stint coming out of Quebec station. 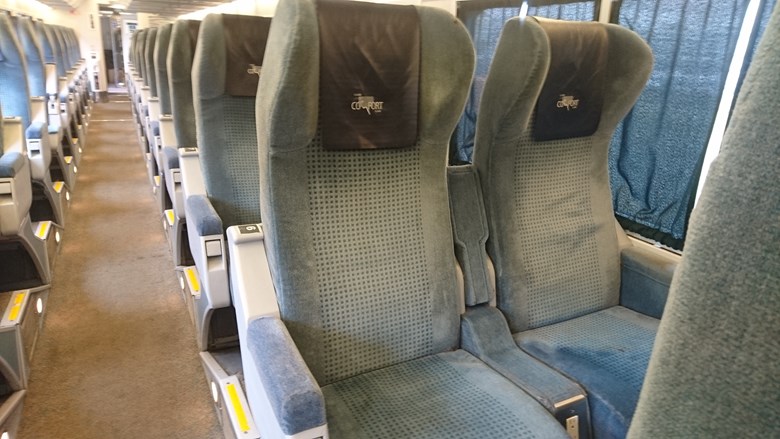 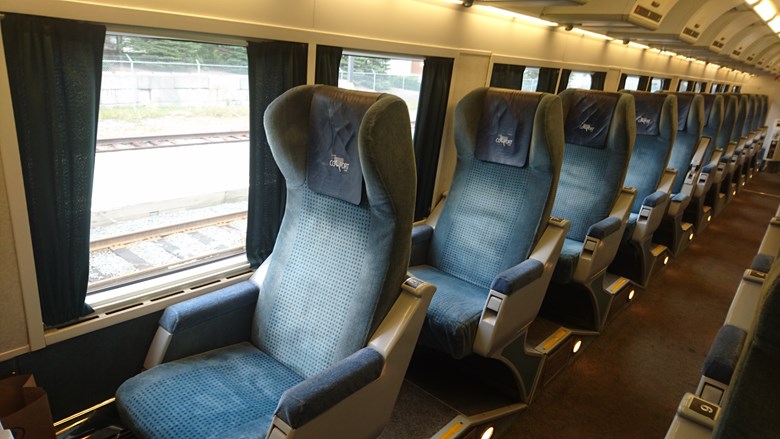 The seats all recline a very fair amount in a downwards swooping motion rather than directly backwards, meaning the person in front of you won't crush you! However, you don't get to fully recline horizontally. All seats have a power socket for charging any devices you may wish to use during your ride. There's a fold down table and a foot rest, and ample space for your carry on luggage both above and below your seat. You should check anything big though (one bag is included in your fare), as it's definitely only for smaller sizes. There are plenty of toilet facilities dotted along the whole train. All fare types have access to the dome carriage, giving you great views of the scenery. 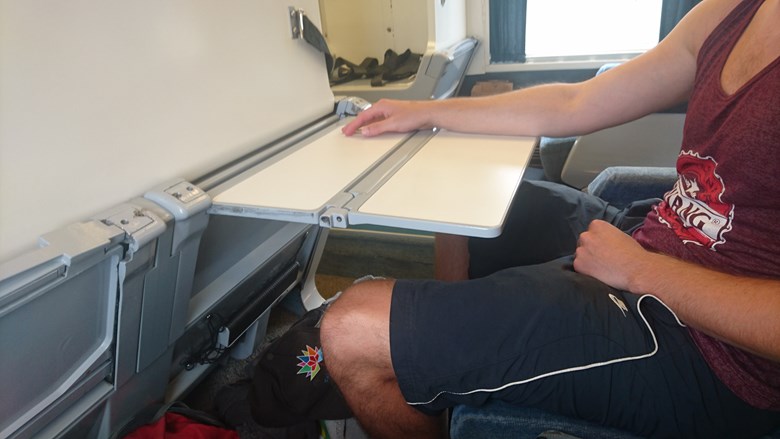 There is a dining cart, where you can make reservations for lunch or dinner, with breakfast. Economy travellers can use the dining cart, they will just be presented with a bill at the end unlike SleeperPlus who have it included in their ticket price. There's also a snack menu and pricey drinks menu in an alternative cart. We'd recommend coming prepared with your own tasty snacks and beers for a much lower price than the train!

For those so inclined, there are 3 extended stops along this route for a smoke break. They announced them at the beginning of the journey and the guards on the train are happy to help, noticing that one of them reminded the lady on the row next to us of each stop before they got there. Our train left on time at 13:00, and arrived on time at 10:00 the following morning. The lights in the train went out at about 9pm but each seat has an overhead spotlight and curtains on the window. 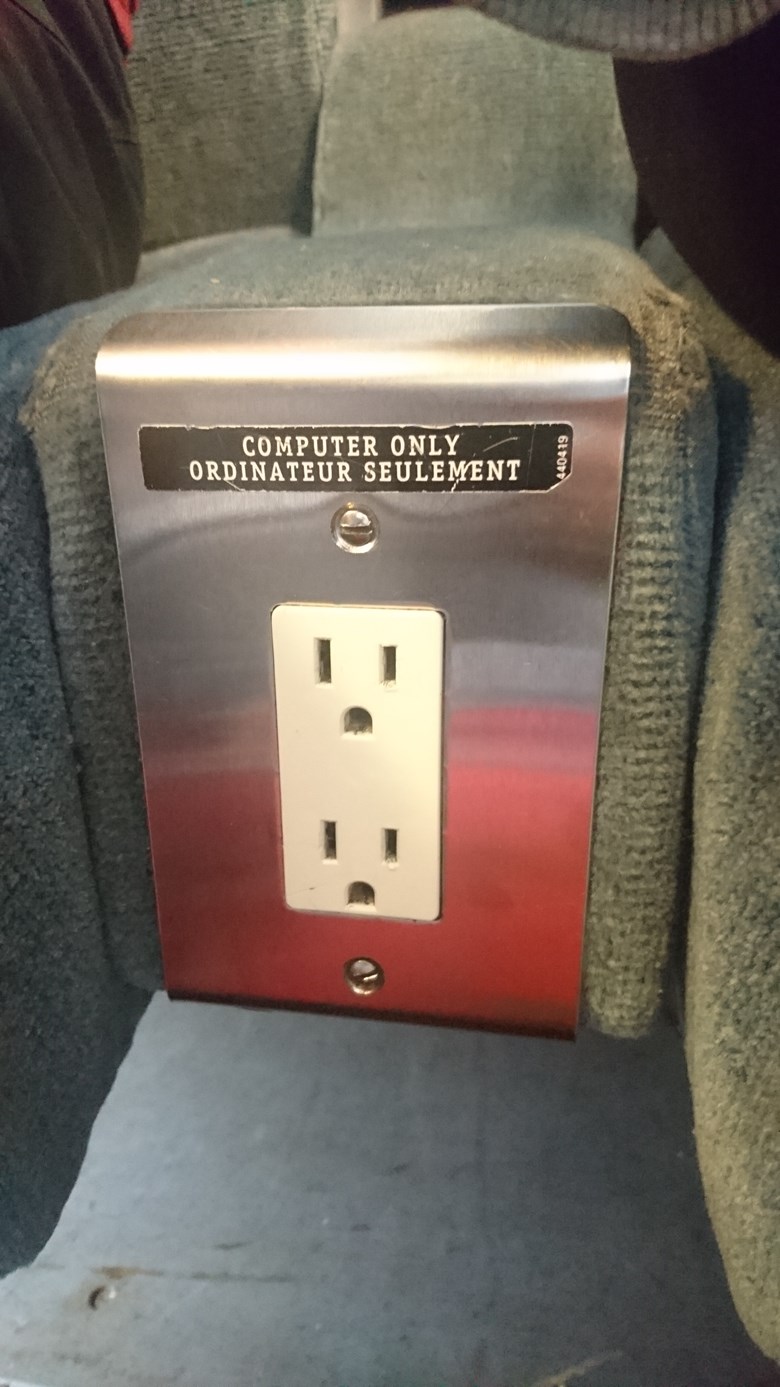 WiFi is advertised as available on the whole train, but where we were sitting didn't get it. It's definitely available in the snack carriages and no one minds if you go and sit there for a while. If it's important to you to have it for the whole trip, try and board as one of the first passengers and you can scout out where the WiFi stickers are and grab a seat a little closer. On our train, The Ocean, there were only two economy carraiges at the front of the train, so being at the far back of the second carriage would probably have got WiFi from the snack carriage.

Overall, the journey was really pleasant. The scenery is not the most astounding Canada has to offer but trundling past vast lakes surrounded by virgin forest and over some impressive bridges was fantastic. Naturally, the time of year and weather will change your out-the-window experience dramatically. We went in late September when the leaves were beginning to change and the sun was sparkling over the lakes; it was gorgeous. The train is remarkably quiet, even the trains absurdly loud horn, which train drivers make very liberal use of, was dulled to a barely audible tooting. When walking through the carriage the train felt as if it was rocking a fair bit but while sitting it all felt very smooth. It was a little uncomfortable in the night as is any long journey, but I managed about 6-7 hours sleep which I think is pretty good! Give long distance train travel a go if your budget allows: it's certainly a memorable experience and one we'd happily do again.