Looking for something to do in Manila? Try Manila Who!

For Valentines Day in Manila, Harry surprised me with a unique and crazy-yet-cooky experience. 'Manila Who' are a fairly new company who have set up what is effectively a walking tour of one of Manila's oldest areas - Escolta - but with a twist. You are solving a murder at the same time!

We were greeted at the start point by two friendly girls who explained the day to us. We were given a bag with a notebook and pen and some water, and a rose each (for Valentines Day! A HUGE celebration in the Philippines!) We were then led to a room, decorated as the detectives office, in which we had to search for clues.

We were terrible. Absolutely terrible. We've recently done a few escape rooms in the UK and I think our mindset was fixed on those sort of puzzles, when in fact it was slightly more simple than that. The girl who was watching us must have thought we were mad. She eventually gave us a few hints (turns out we'd already solved the first clue) and moved on to our next destination.

Each clue directed us to the next place on the tour (some more easy to figure out than others!) We stayed mostly on the main street of Escolta, looking at the old theatre, the Capitol building and the first ice cream shop of the city to name but a few. 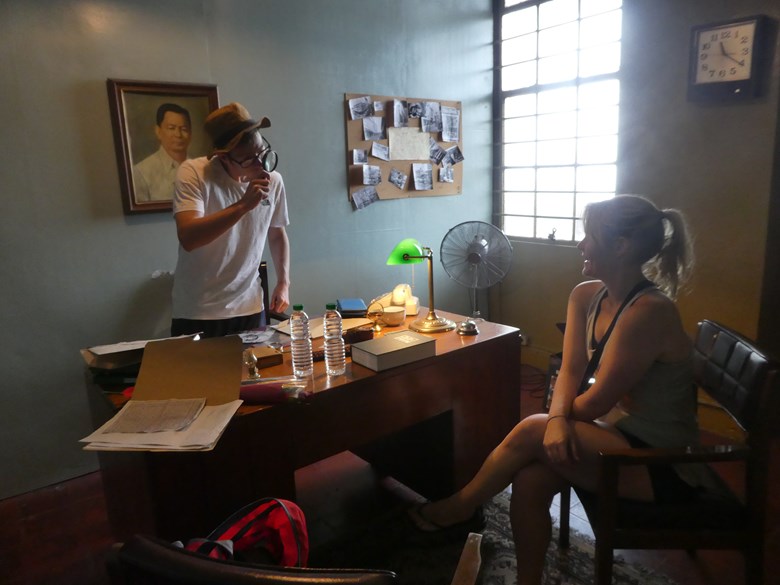 So whilst we were on our adventure, we got snippets of history and culture too - it was very cool. We had to interact with a security guard to get a clue (he's in on it - whilst upholding his daily duties!), find a secret spy in a cafe (again, something that was more challenging for us than it should have been!) and act out a scene from Casablanca... On the street. 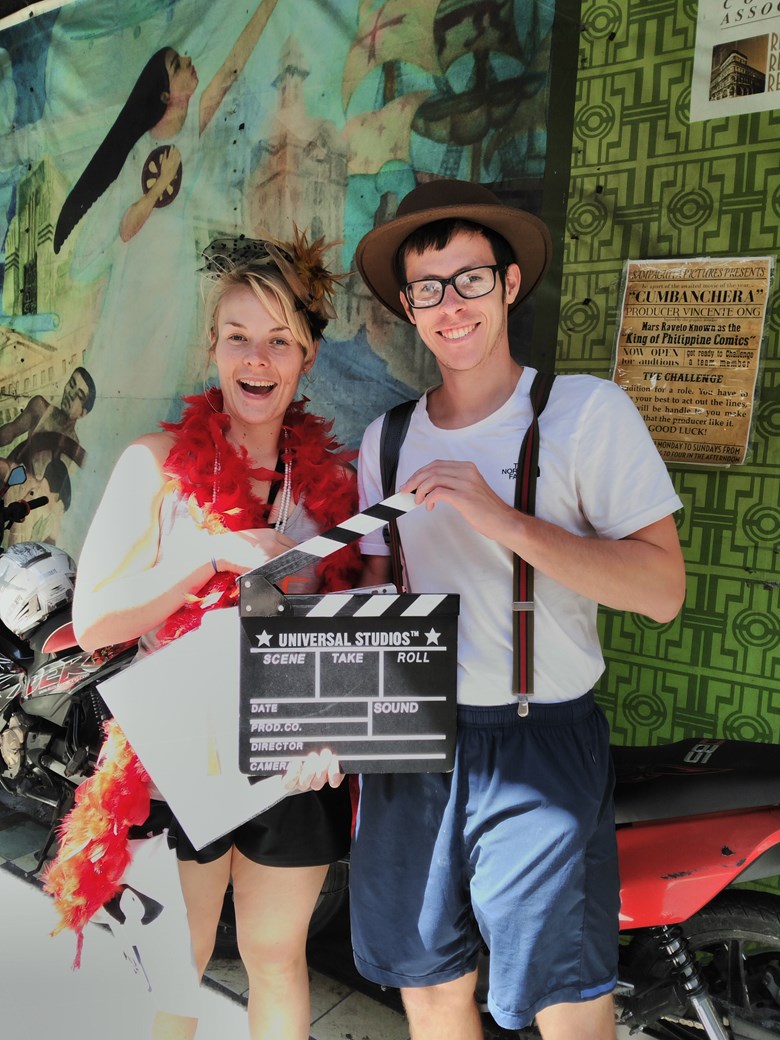 Part of the storyline was that we had been invited to a party for which we had to dress up.. Cue feather boa and braces. 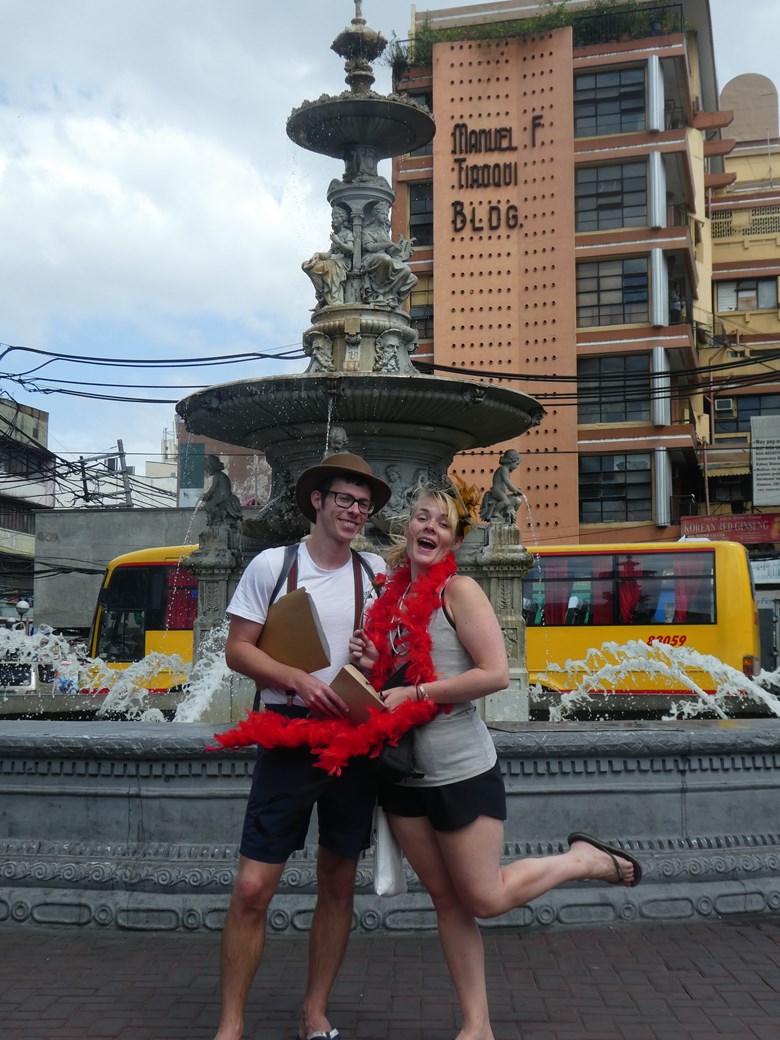 We were then told we had to keep the costumes on as we paraded around the streets and we instantly regretted our choices of the most ridiculous items in the dressing up box. Locals laughed at us and we decided to go along with it, and hammed it up as much as possible. At one point we were on a horse drawn cart and what that must have looked like to the local people, I don't know. It was not the most affluent area by any means, so us flaunting our 'fancy' wares in a horse drawn cart seemed a little out of place, but oh well. It was fun! 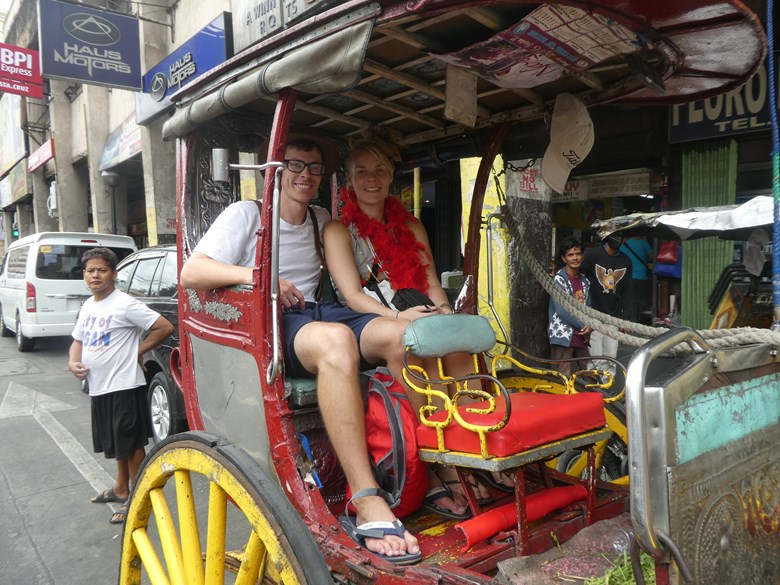 We eventually solved the puzzle (without realising, again) and were taken to a restaurant for a humungous lunch where we chatted to the girls who ran the business. They were so friendly and gave us loads of recommendations for the Philippines which we happily followed up on.

If you're in Manila and fancy something different, I do recommend it. It was very new and a little fine tuning may need to go into some of the clues, but we had a ball and were so grateful to the girls for showing us such a great day. Check them out here.

Up next: What to Buy for Budding Travellers Previously: Climbing Mt Batur, Bali