We arrived in Australia, the second continent of our trip, at the beginning of May. I was incredibly sad to leave SE Asia, so sad that I cried for the majority of the taxi ride to the airport in Malaysia. The beautiful nature, the friendly locals, the cheap and delicious cuisine... Asia had left it's mark on me for sure. I wasn't sure I was ready to go back to 'civilisation' as it were, I was quite used to no one understanding what I was trying to say in a restaurant and being the only blonde in the vicinity. I liked being off the beaten track, doing things that weren't 'the norm' and stumbling into small towns where local people looked at you as if to say, "What on earth are you doing here you mad woman?" 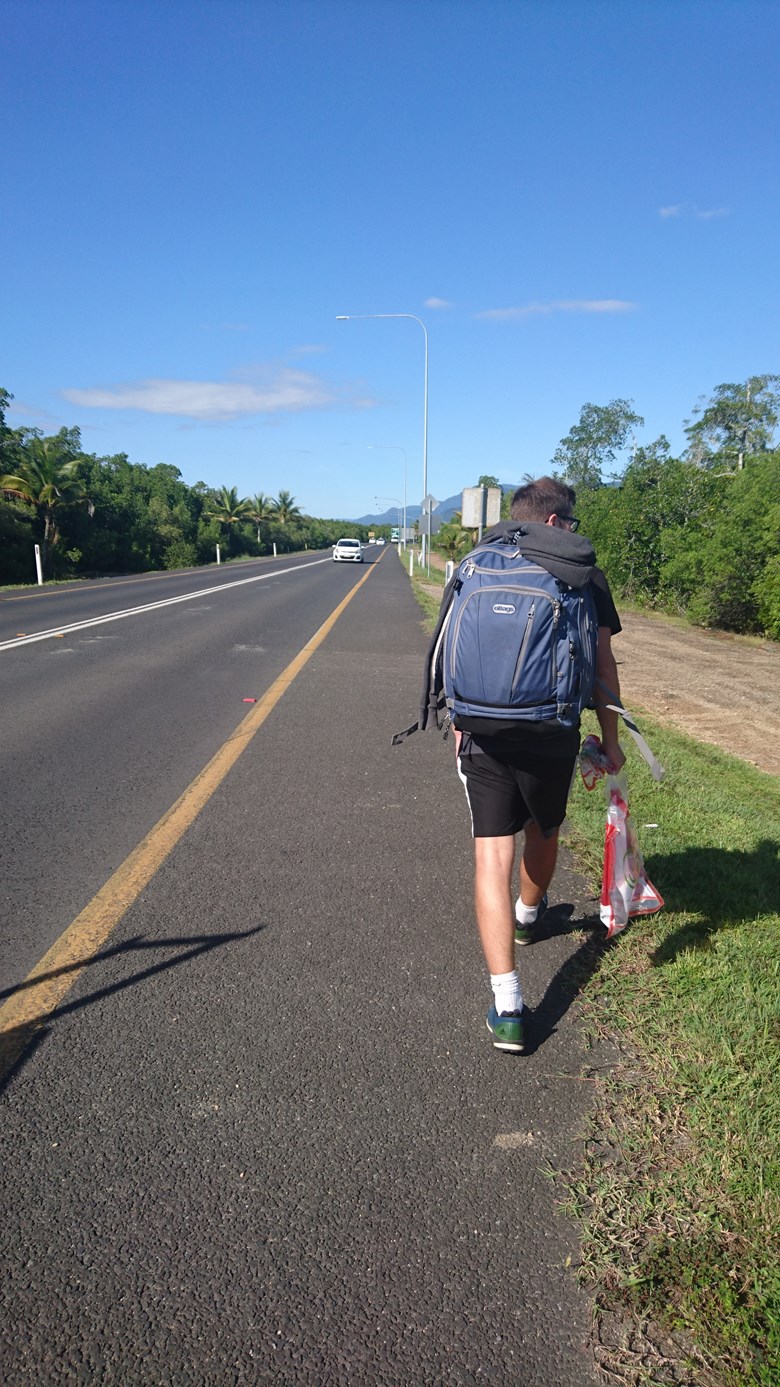 I am ecstatic to report that Australia assuaged those worries almost instantly. We fell in love with the country rapidly and enjoyed our short time there immensely. Sure, we may have near bankrupted ourselves but the beautiful nature and friendly locals that I was so worried about leaving in Asia were also hugely present in Australia! There will be a collection of blog posts about what we got up to, but this one is going to focus on our first stop: Cairns. 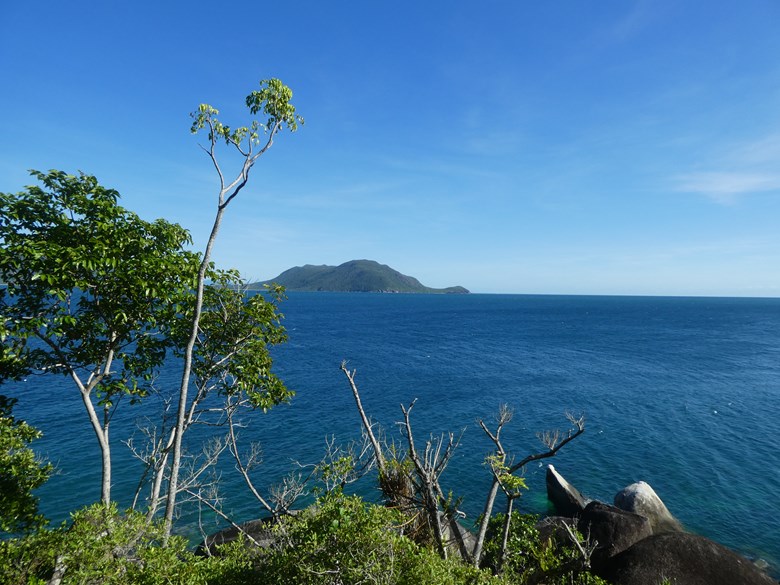 Whilst I was sad to leave Malaysia, I was also excited to get to Cairns because we were meeting up with a friend of mine from home who has recently moved to Melbourne, Laura! She and her boyfriend made the move in January and decided to take a weeks holiday to spend with us in Cairns. 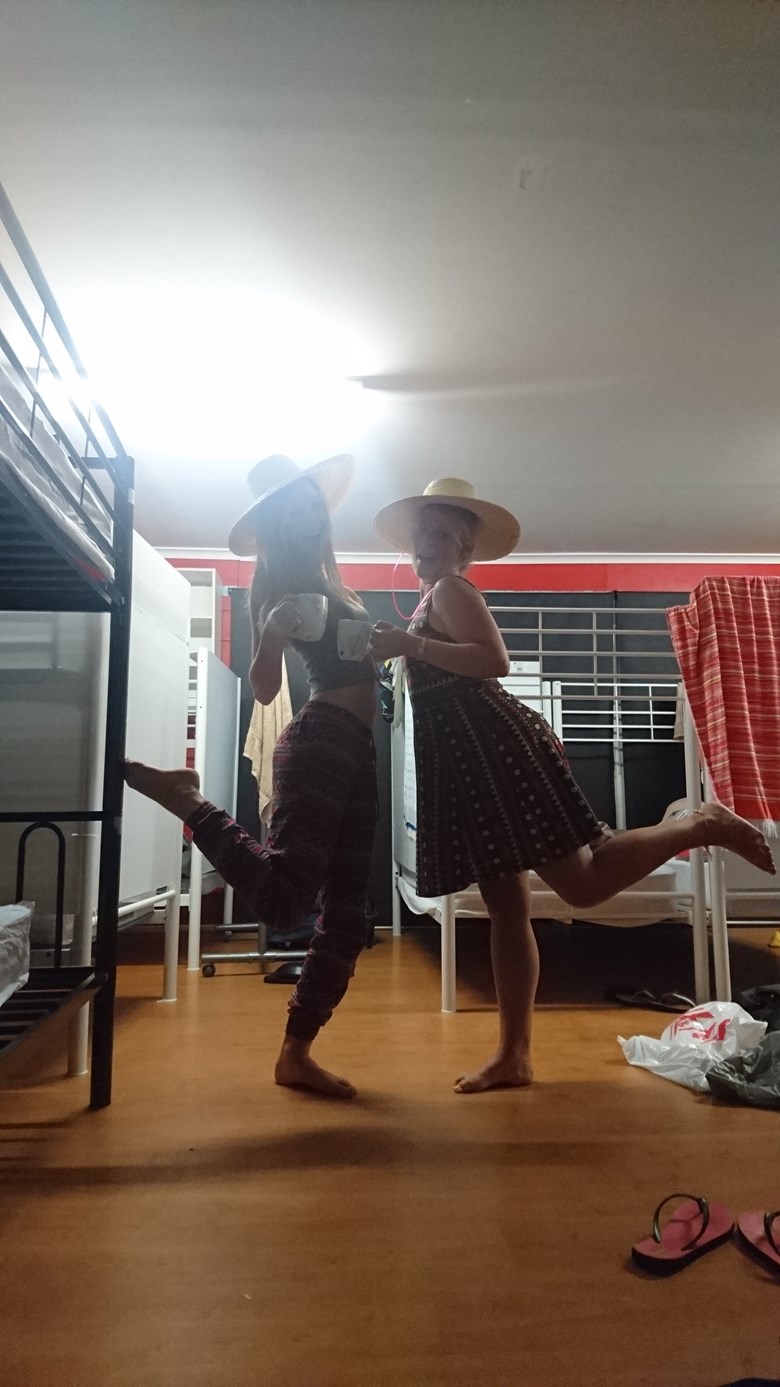 We had booked a hostel for a few nights with the intention of doing some travelling around Cairns after our initial weekend there. The hostel was... Not quite as envisaged. We had booked a family room for 4. Upon arrival we were shown in to what can only be described as a big storage room - cum - cleaning cupboard. There were about eight beds, including bunk beds in this bizarre room, along with a kitchen and bathroom. You had to walk through the cleaning cupboard to get to the bathroom, and the cleaning cupboard just so happened to be for the entire place so we got frequent visits from the cleaner during our time there, collecting towels and such. He was charming.

The reunion was beautiful. Laura arrived and we welcomed her with open arms and gin, as is tradition. We caught up and laughed at the room, and stumbled upon some strange scenery and dressing up clothes hidden in the corner. Ronan arrived a little later, and the group was complete. 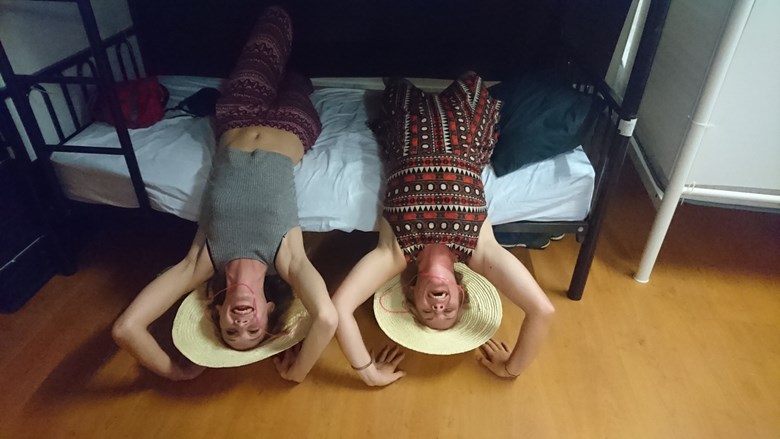 Here's a hitlist of what we got up to:

We caught a boat from the marina which dropped us off at Fitzroy Island for the day. We explored Nudey Beach (strangely enough, not a nudist beach), did some snorkelling and kayaking and ate ice creams. 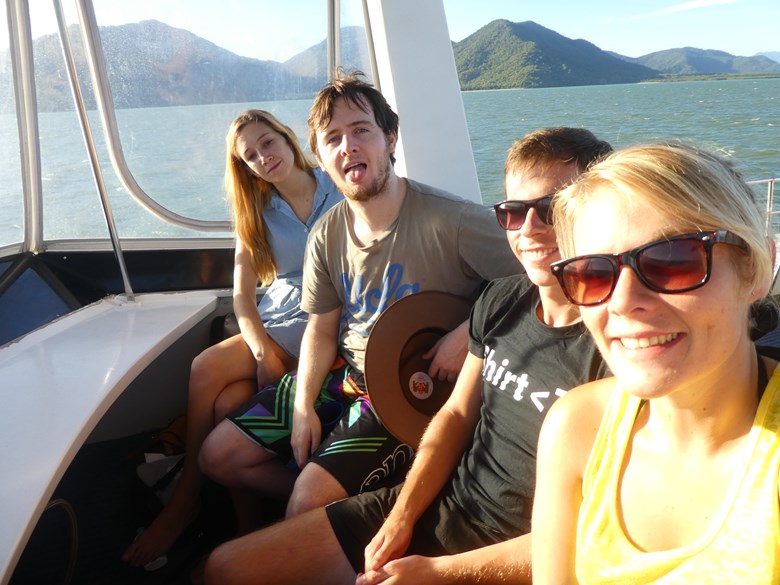 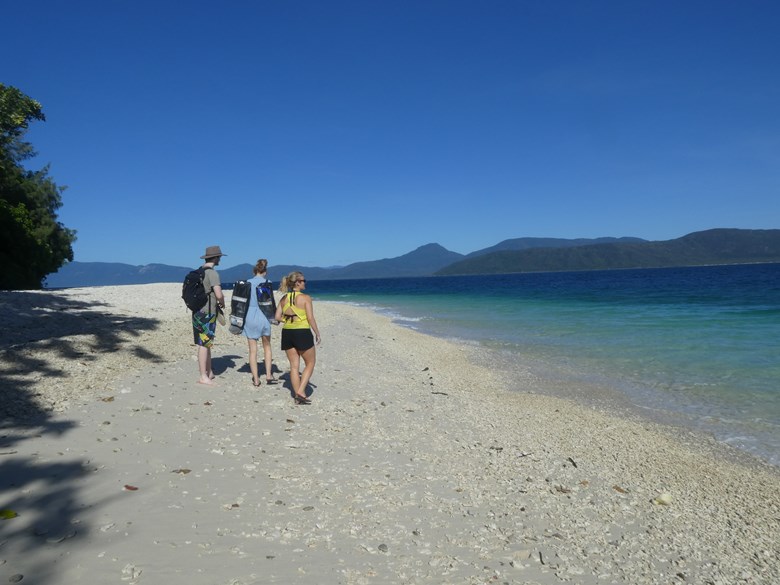 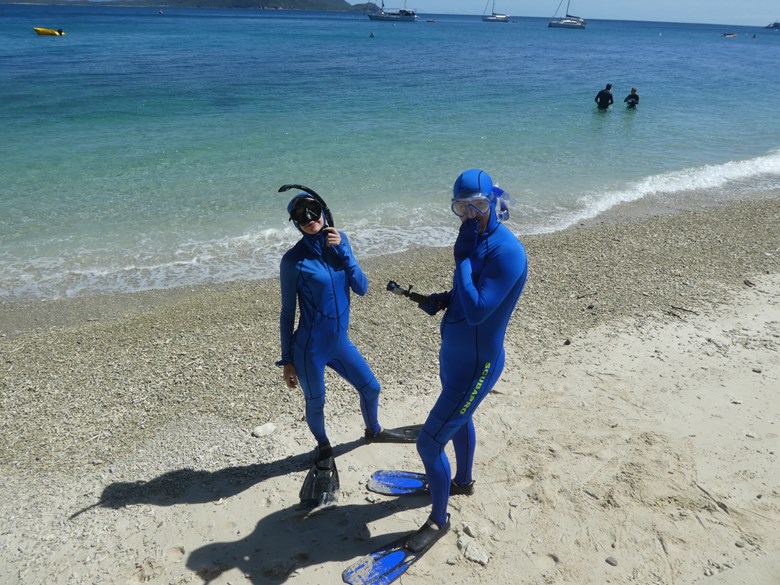 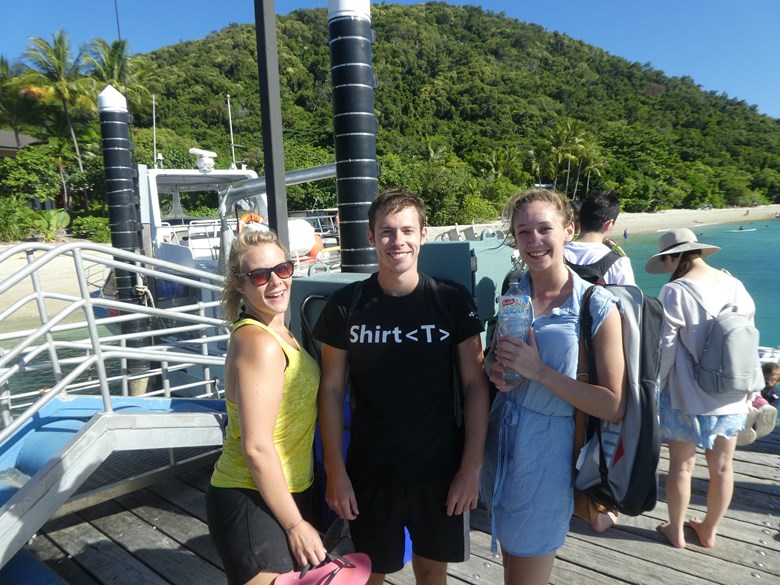 Fitzroy was gorgeous and it's well worth spending a day there if you can fit it in.

There was a market on when we arrived here which I believe happens once a month. Lots of local arts and crafts and some artisnal produce.

The gardens were busy, but we did a walking trail that took us off the main path. Sadly the viewpoints were nothing to write home about (they may have been in the past but now Cairns Airport kinda spoils the view) but the trail itself was quite fun and we saw a wallaby! 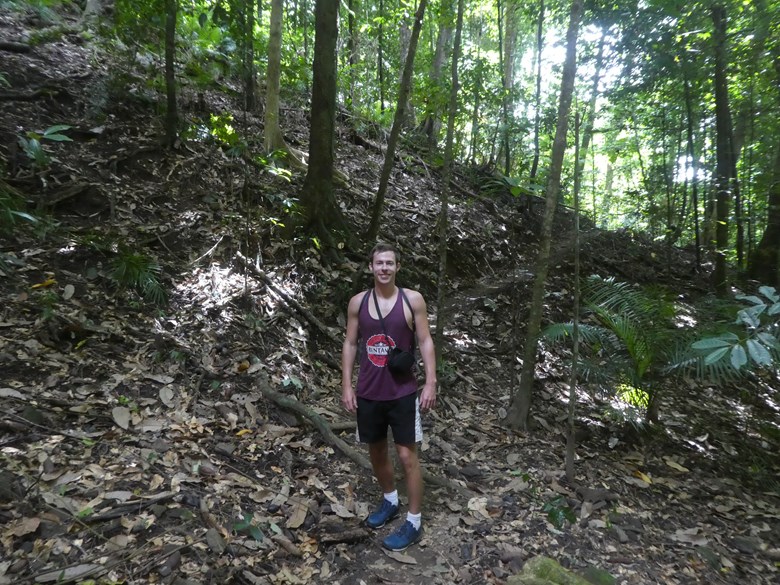 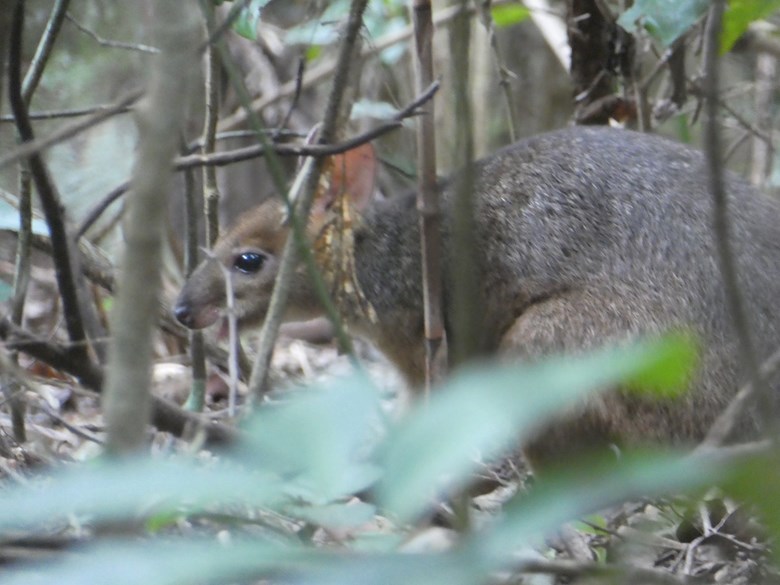 We went diving in Port Douglas. There's a bunch of dive schools to choose from and we picked a 3-dive deal. We saw white tip sharks, sting ray and a bunch of cool fish! Sorry for lack of photos... Our camera isn't waterproof!

We hired a truck and a huge tent for a few days and Cape Trib was our first stop. It's slightly to the north of Cairns and hosts an abundance of wildlife and rainforest. Our campsite backed on to a beach and whilst we were croc hunting, we met a chap called Harry(!) who told us to steer clear of the boat ramp as the crocs will come up and snatch you. 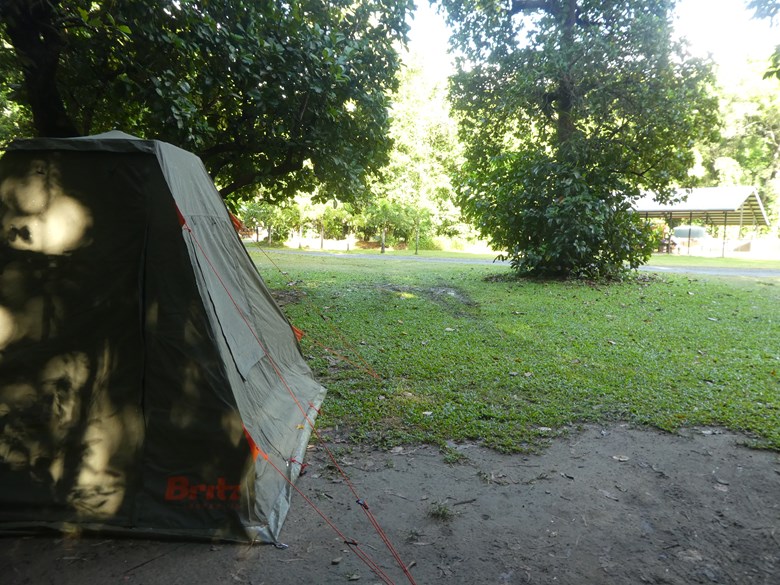 We kept bumping in to him and he invited us to join him and his Mum for drinks that evening at the bar where they were staying just down the road. We took him up on that offer and met some more of his friends, and we learnt that he is a landscape gardener who trades work for accommodation at various hotels throughout Australia. As a result, he knows a LOT about animals and creepy crawlies and suggested that he take us on a night tour of the boardwalk!!!

Not sure what to expect, we donned our headtorches and followed Harry breathlessly through a terrifying jungle passage where we saw countless creatures that could kill us, not least the huge golden orb spider, the frog that squirts hallucinogenic poison and if you think it's just insects that can kill you, think again - the 'stinging tree' - which if you touch it's leaves will give you an agonising rash that will eventually do you in. Australia was now more terrifying than ever, but what a great experience! 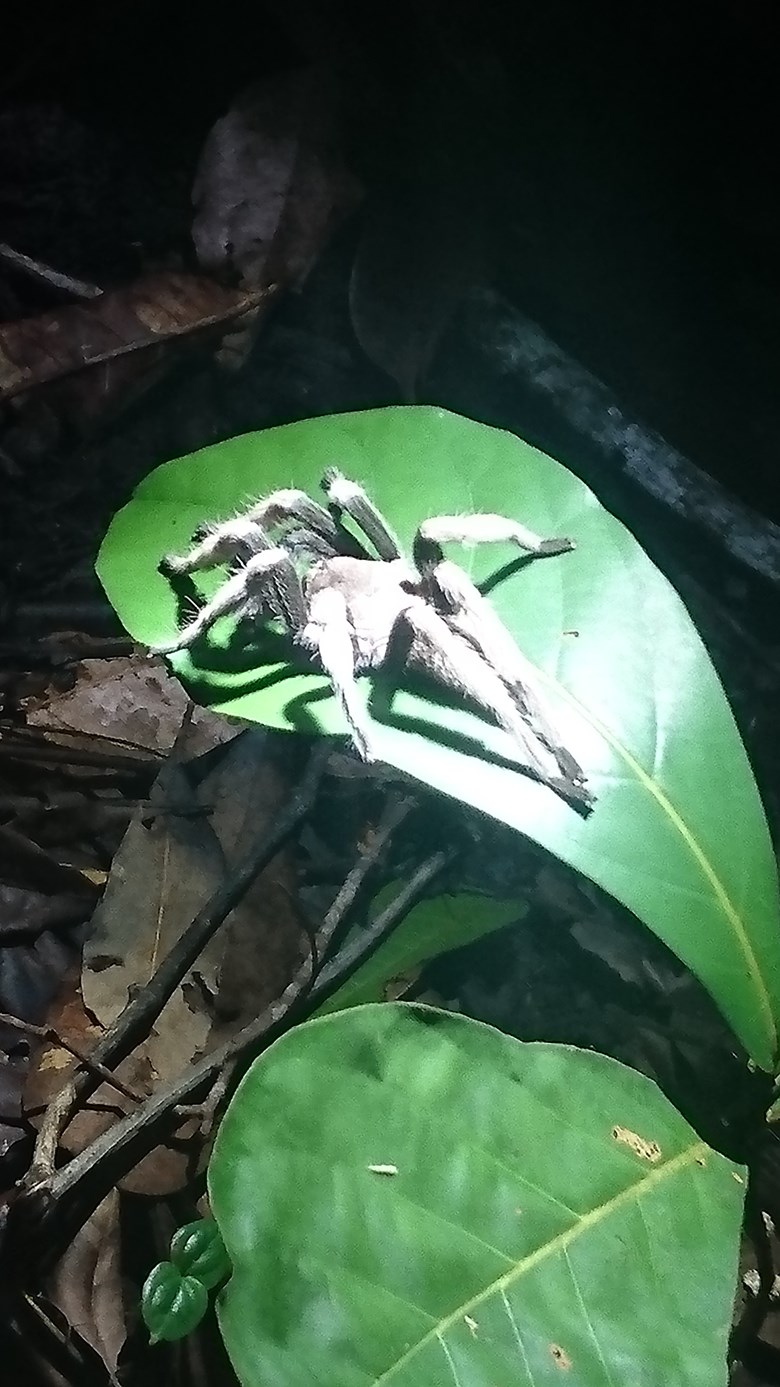 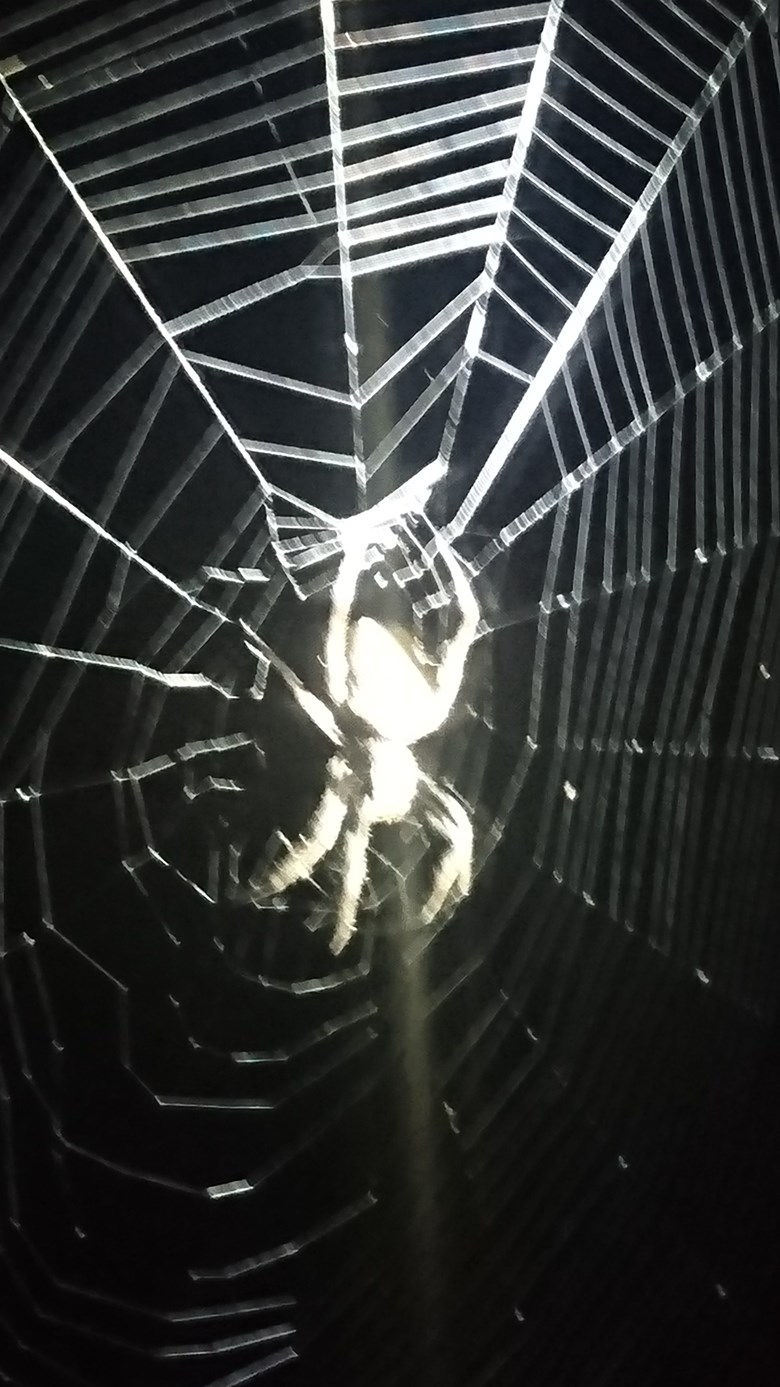 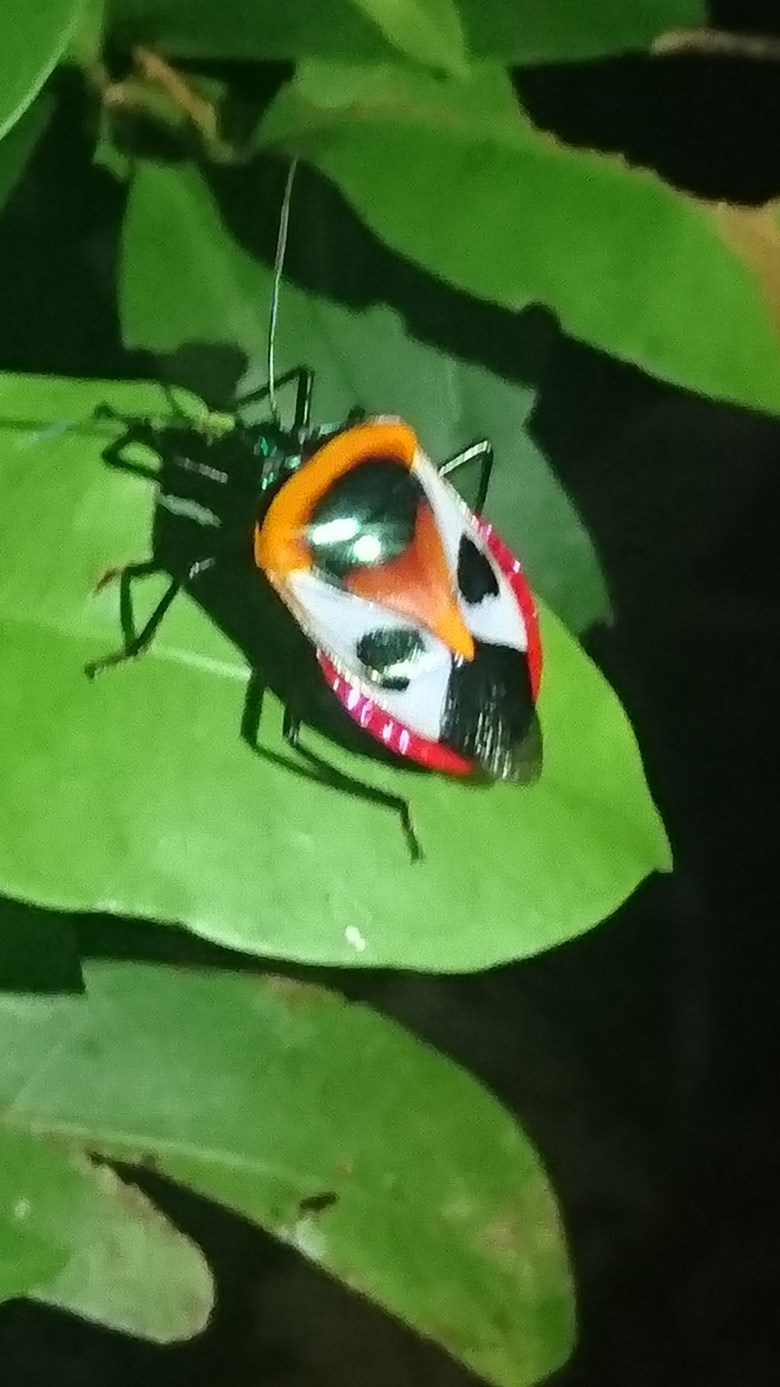 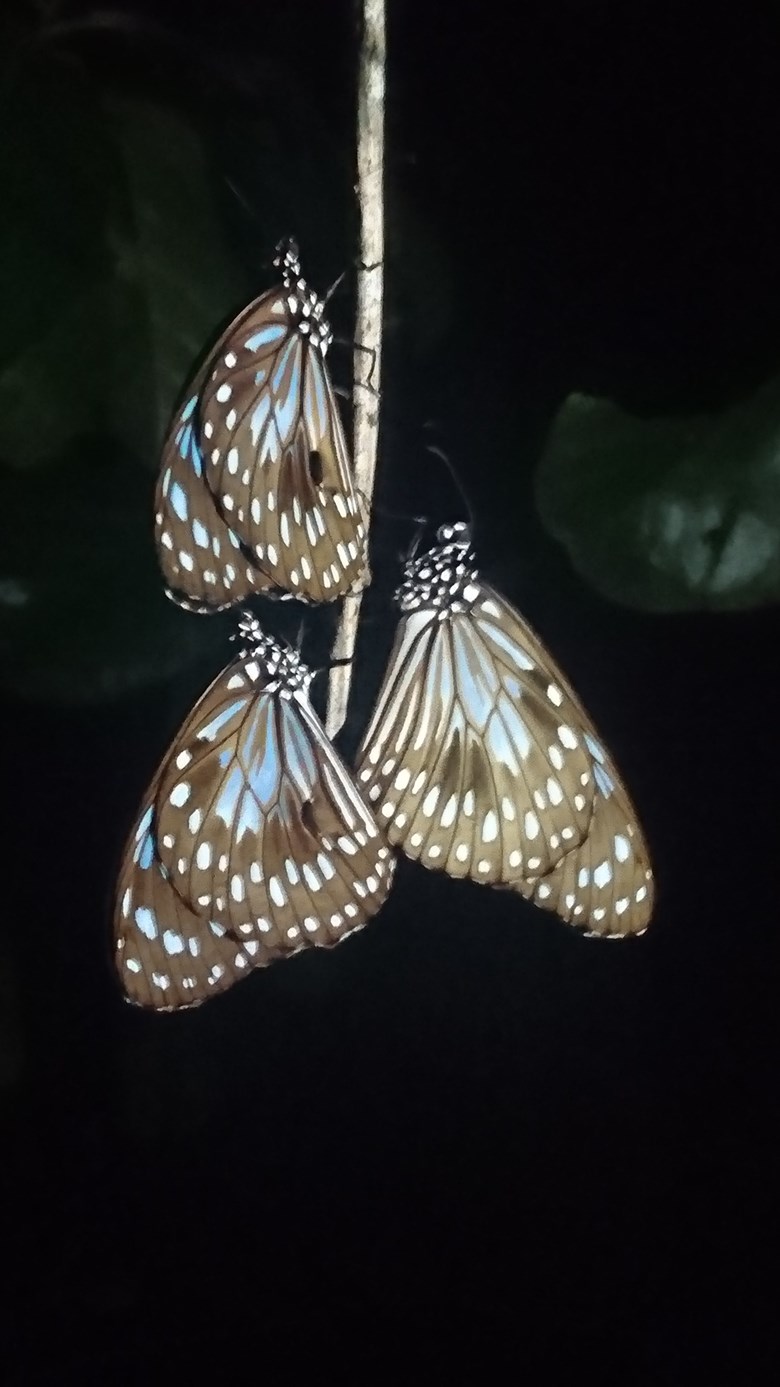 We got a pretty standard boat trip where we saw about three crocodiles in the river. They were no laughing matter. 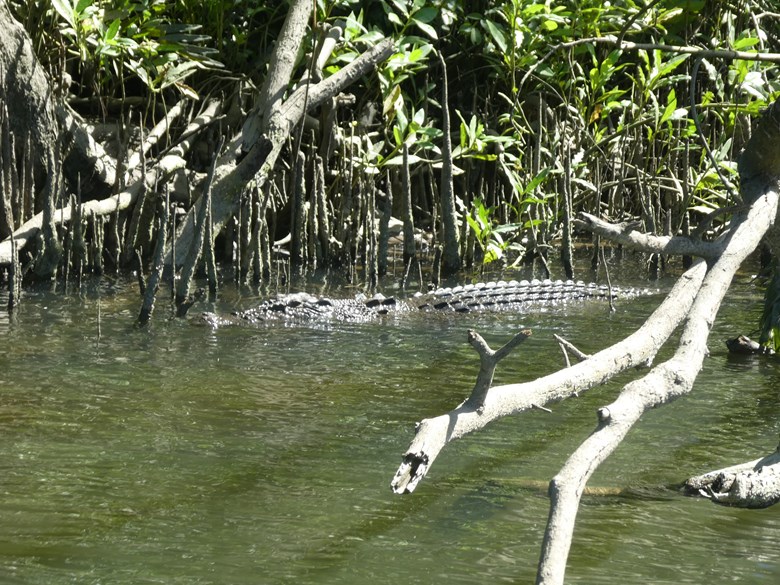 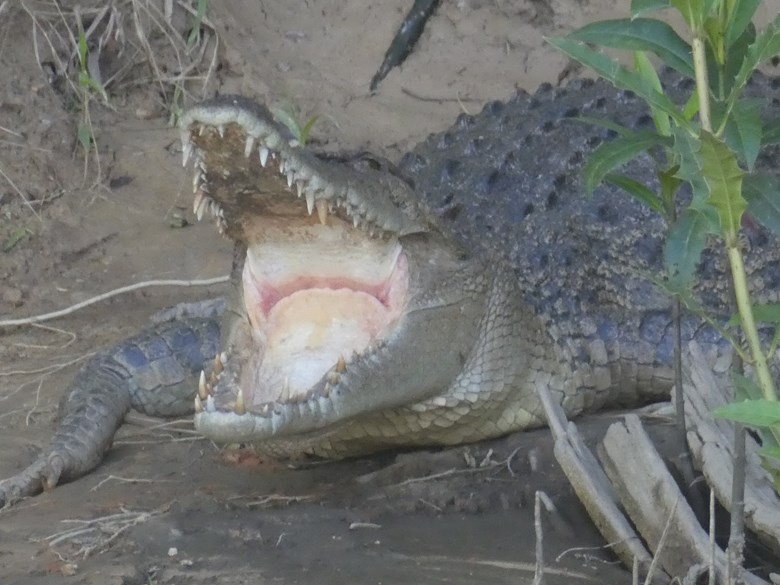 The waterfall where Peter Andre filmed that classic 'Mysterious Girl' was on our list, but we actually took advice from our campsite owner at the time and went to a waterfall more favoured by the locals. 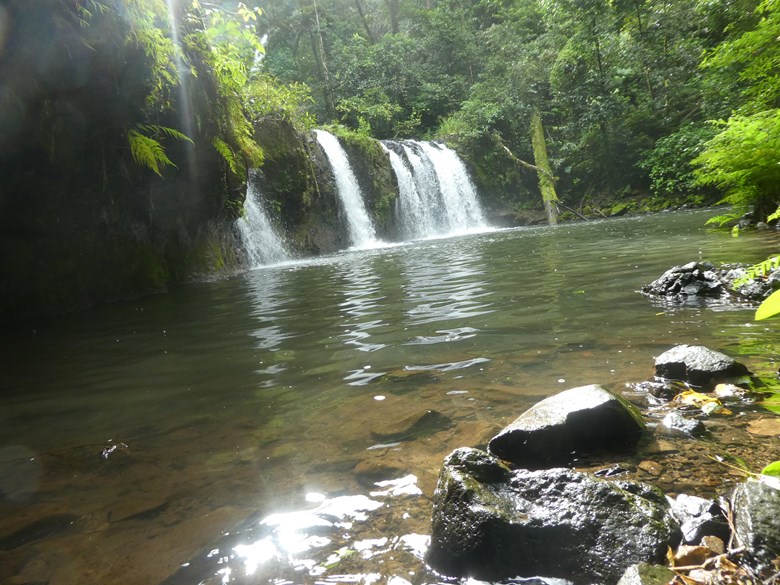 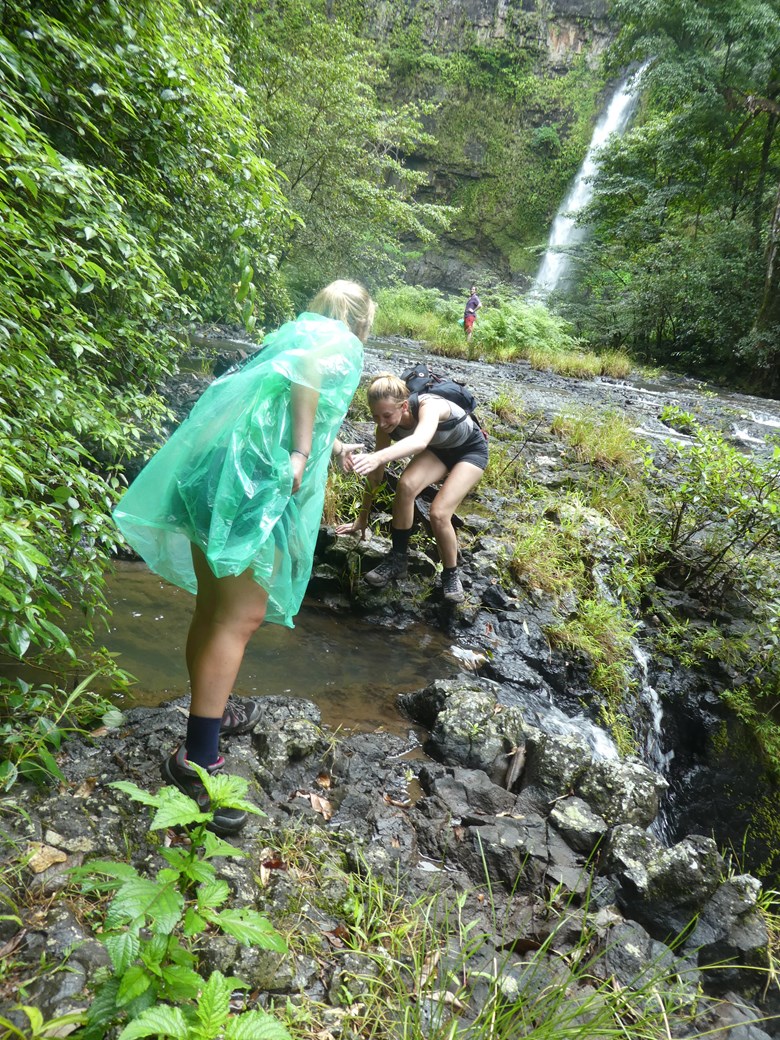 The waterfalls were beautiful. However... It rained when we were on our way out. And rain + rainforest should start ringing alarm bells for you if you've read our previous posts... Laura and Ronan had previously mocked me for my reaction to the leeches in Malaysia but when their socks and shoes were flooded with them, they weren't laughing any more! Muahahaha. Happy to report I survived LeechAttack 2.0 relatively unscathed, but when Harry took his sock off a huge fat leech remained attached to his foot which he stupidly pulled off and smooshed it on the ground. It was gross. 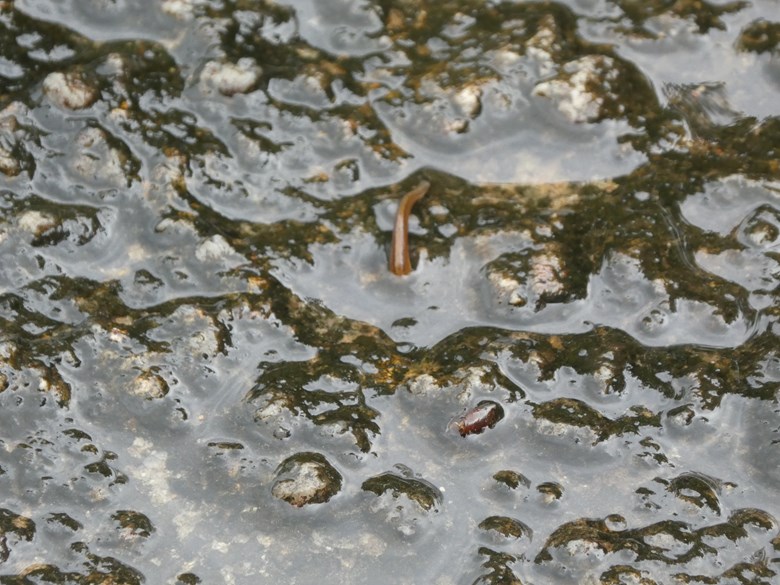 We cuddled up with koalas, joeys and kangaroos. They were well looked after and it was great fun to feed them. A real 'I'm definitely in Australia' experience! 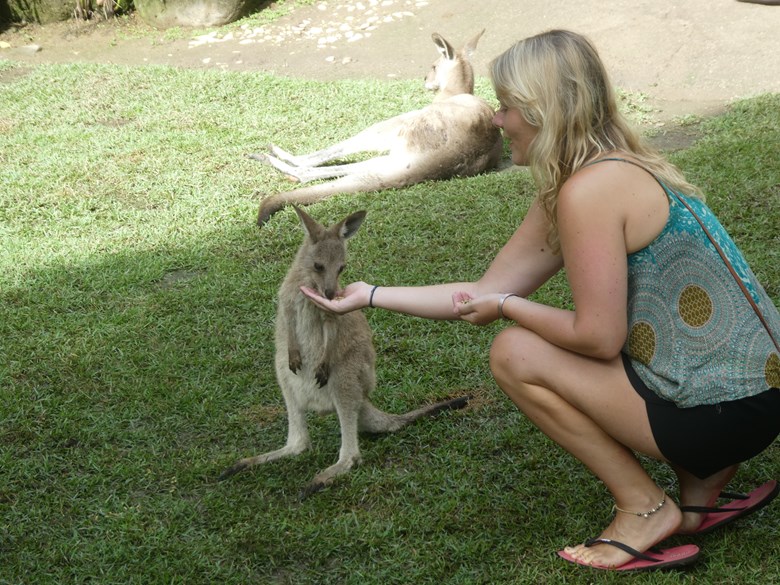 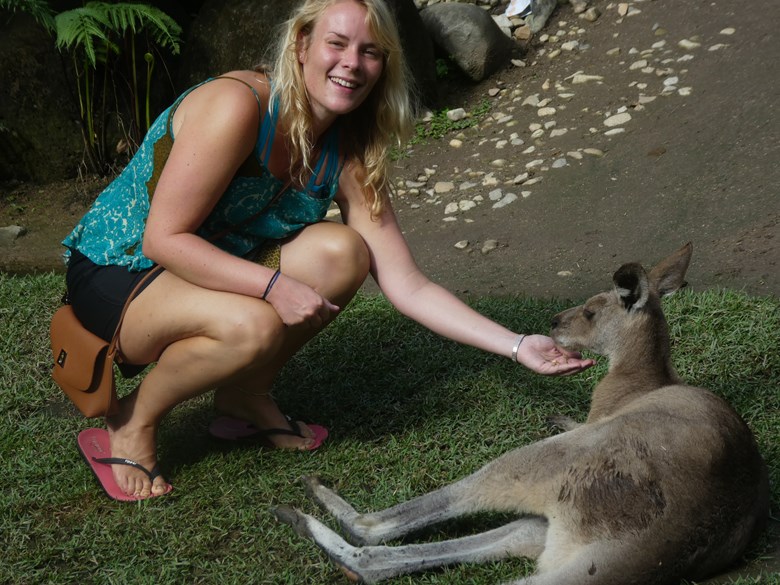 Cairns was decidedly awesome. I highly recommend adding it to your Australian itinerary if you like nature (beaches, rainforest, waterfalls!), animals and aren't too scared of running into things that definitely will kill you...!